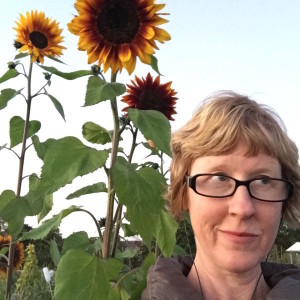 This Christmas break has been a feverish, fog-brained, sinus-filled and jelly-legged two weeks, due to the most fluey of cold viruses (but not the actual flu because when you've had the flu, you know!). And so, the Christmas alcohol remains to be drunk, I've dropped three lbs and our post-Christmas walking holiday has been postponed. But I have a history of broken festivities so I'll just add 2015 to that list. When you work from home, the winter office viruses find you just in time for the holidays and are all like: 'Wayhay! Fresh meat!'

One of our bunnies, Berry, has also been sick this week with gastro-intestinal stasis. It's life or death within 24-48 hours for rabbits when this happens so you have to act fast. I've just come in from a midnight trip to his hutch in the garden for a syringe feed of recovery food and meds. It's been six days of meds and force-feeding the little fella, and we're all exhausted.

So 2015 ends on a rant but it's been generally a positive year. Here are some of the nice things.

One of the big stories of 2015 was renting an allotment in January and finding an allotment helper/adviser in the shape of new friend, John Rushton. We also took up tai chi together and play twice a month together in Moselele. Without John's help, there probably wouldn't have been much more than spuds and pretty flowers on the plot, but we have dined well on fresh fruit and veg for much of the year, and our bunny overlords have been kept in fresh kale and greens all summer. Here's the 2015 plan and a photo of the plot, taken in September at the end of the season. Happy days. 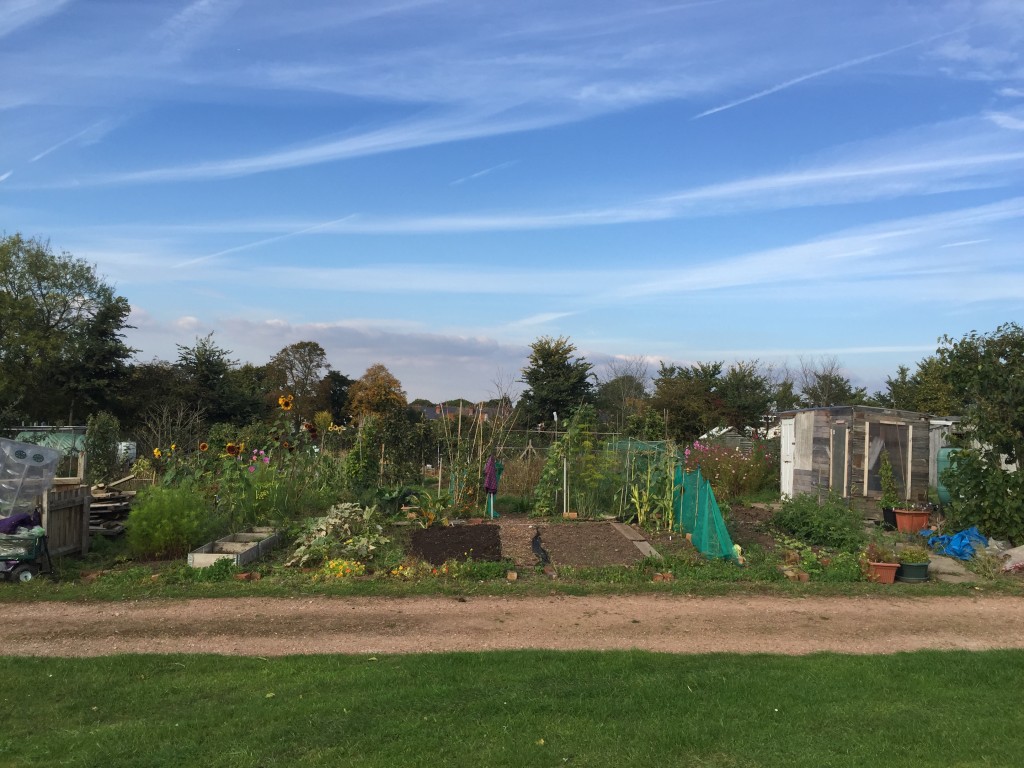 I didn't take many risks in 2015 with my career. I started trying to repurpose my many travel diaries into something new but it became too much on top of work so that's on the back burner. I ventured into the world of Google Adwords and wrangled multiple content migrations (and RSI relapses) so that was new but mostly content marketing is maturing and it's journalism and/or creative writing that is perhaps calling me again. Or maybe I'll be pushing in a new direction to do with my other obsession – rabbits. We shall see what 2016 brings.

There were a few personal adventures, however.

The first of which was singing in a rock band for another newly-bonded friend, Paul Parker-Duber, at his 40th birthday. I had one solo and a few backing vocals but I haven't been up on stage for a long time and it was nerve-racking but a great experience overall, mostly in the rehearsals and bonding through adversity. New friends were made and that is always a good thing. We were called Bringing Sexy Back, after someone – it may have been me – called out 'band name' following some highly sarcastic comment at rehearsal. In the end, I think we did look pretty damn hot. So much so I asked for the band poster for Christmas. 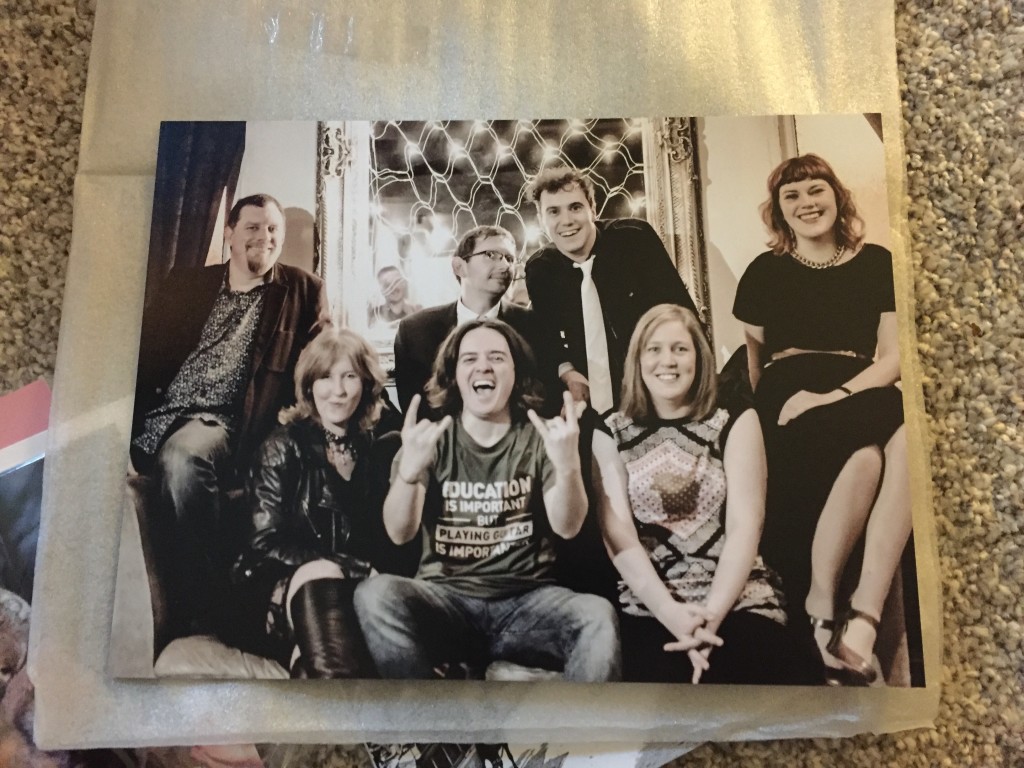 Snorkelling in the Silfra Gap in Iceland, between the Eurasian and North American tectonic plates was another adrenaline buzz and part of honeymoon number 3 with Pete (following the Isles of Scilly/Cornwall and the Azores in 2014). Getting undressed down to our thermal underwear in -5º, wriggling into a restrictive dry suit and then sliding into glacial meltwater couldn't have prepared me for the high of what was to follow – such coldness but such unexpectedly vivid colours in water so pure you could drink as you snorkelled the 30-minute route.

Here's the video Pete made: Snorkelling in Iceland. We swam through one of the cracked open bits of earth in Thingvellir park, where the continents are slowly pulling apart; and it was so beautiful – all black and white iciness above, rich blue/purple/teal/green colours down below: 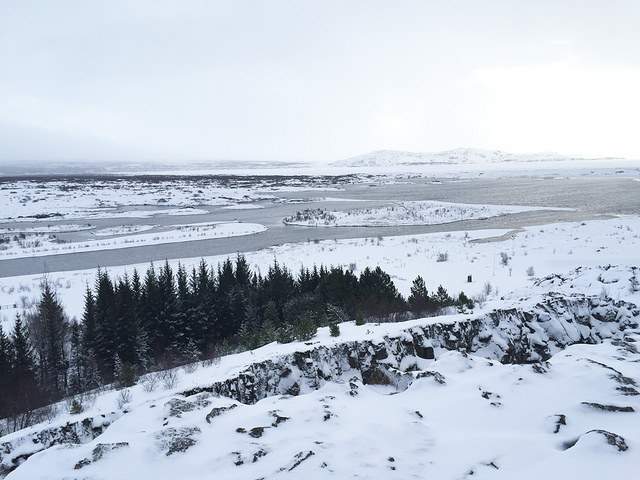 Another challenge (a public speaking one) was doing a last-minute, stand-in reading of my teenage diaries at Oh Dear Diary! This time it was notes from the back of my 19-year-old wannabe journalist's diary. The lovely Emma Wright, who organises ODD! (also of Bringing Sexy Back), wrote up my absolutely shameful list of ideas to pitch to magazines here, if you must.

But the biggest challenge was being able to walk any distance again – after nearly two years of chronic tendonitis in my left foot and being unable to walk without limping, I got tailored orthotics from the Royal Orthopaedic Hospital. This was well and truly kickstarted with a siblings' walking holiday to Lynton and Lynmouth in August, and followed up with a Fitbit 10,000 steps pretty much every day since. I feel better and fitter, and happier and healthier – although capsulitis as a side-effect of the new biomechanics is starting to curb my abilities so 2016 may be a year of moderation when I thought it would be a year of pushing boundaries. We shall see.

So the New Year resolutions for 2016 are pretty reactive to what's happened in 2015: moderation on the exercise and work front, try to stress less about what might happen and live more in the moment, and to push a few personal goals, whatever they might turn out to be.