I've been meaning to do the annual Harkive project and this year I'll finally got around to it, albeit a couple of days late. Here is it:

I work from home. I generally wait for a bit of editing work to come in that I can do 'with my eyes shut', which allows me to have my ears open. Around 10.30am a piece on Brexit (the 50th this week) comes in and, to take the pain away, I flip on the mini amplifier that sits amid a bookshelf of comics in the home office. I like its little neon-blue glow – and its ironic surreptitiousness, given the racket it can make. 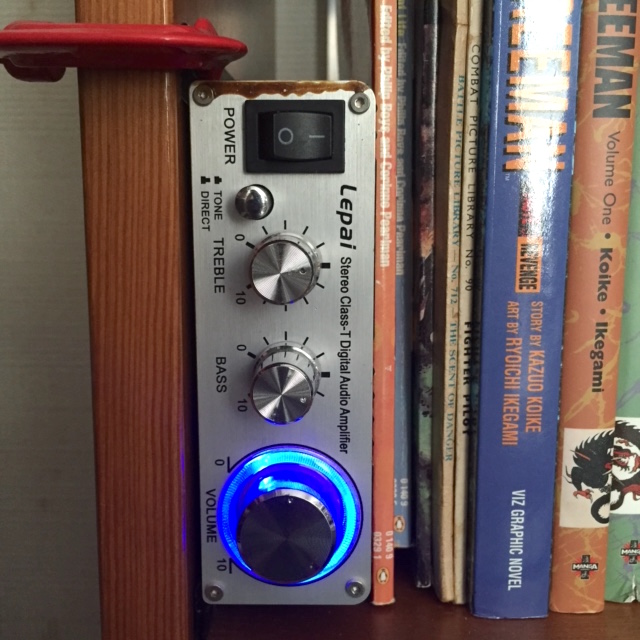 Next step I alt-click on my laptop's sound icon. This brings up a drop-down menu of where I want the music to play. Thanks to the husband (family tech support) we can play music via wifi in most rooms of the house. I click on 'Office' and then open Spotify. 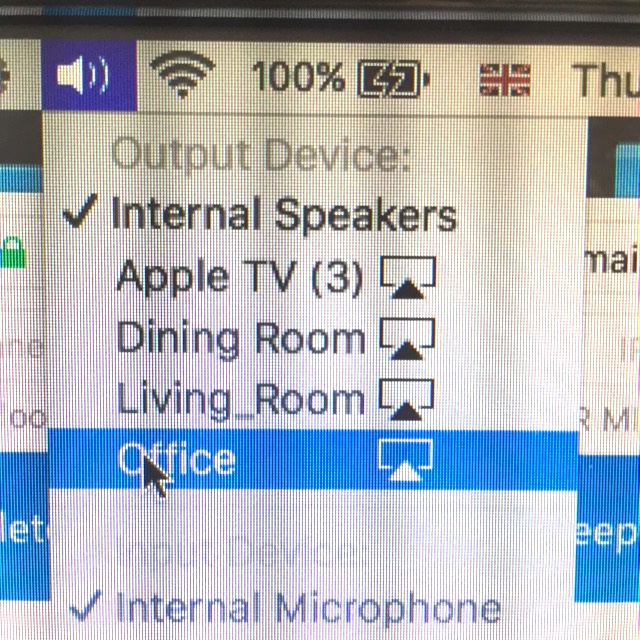 I got Spotify Premium for a failed music project of 2015: working my way through the #1001albums book. I'm just not much of an albums gal, I guess. It is a monthly expense that may have to go if I ever lose my job, even though it's only a tenner. I love not having to hear ads. I'm addicted to Spotify's Discover algorithm which serves up a clever mix of stuff I like and stuff I'll probably like based on what I've liked, and as parsed by other people who play and like similar things. Or something.

Anyway it's good and I look forward to Monday's new playlist each week. I scan through. Today there are quite a few old favourites (Perfect Skin by Lloyd Cole, Couldn't Get It Right by Climax Blues Band, Clouds Across the Moon by The Rah Band, Antmusic by Adam and the Ants, Making Plans for Nigel by XTC, Say Hello Wave Goodbye by Soft Cell, Barefootin' by Robert Parker, Mirror in the Bathroom by The English Beat – it's The Beat, I think, annoyed). And a few oldies that I'm sick of: Happy Hour by The Housemartins is one I couldn't bare to hear and fast-forwarded, knowing that the algo will log it if I skip a song within the first 30 secs. I'm logging my discontent, a little note to say: 'Hey, you got this one wrong.' 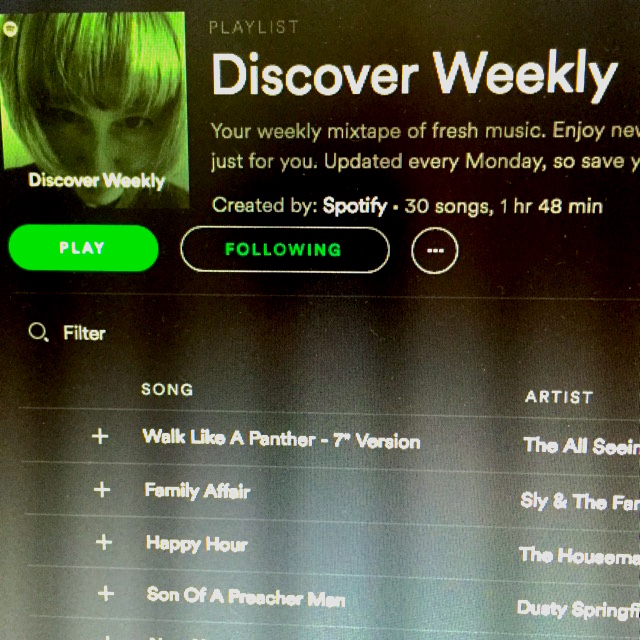 Then there are the new ones. The ones Spotify gets right. I spot them almost straight away, although some take a second listen. Unfortunately I didn't get a chance in the morning. I got 16 songs into the 30 and then  I needed my brain again. Off went the music, until…

I need to buy a door knocker. The array on offer is overwhelming and I'm paralysed by choice, as I often am in the modern era. As a new door is coming in two weeks, I decide to go on a 9.30pm sunset 'research' #fitbit walk around the streets of Stirchley and Bournville, to wander the slighter posher terraces of 'Little London' before circling back via Beaumont Road and Maryvale.

The earphones, the iPhone, the Spotify Mobile – the tools. I pace to the sound of my Discover Weekly mix tape and look at knockers for almost an hour. My Fitbit goes buzz at 10,000 steps and I can feel smug – that's three days in a row.

Sometimes the world around me becomes a music video that soundtracks what I'm listening to, but not today. Most door knockers consist of this dull Victorian urn thing; occasionally you get a lion head or a green man, or a ring. I've found a Millennium Falcon one on Etsy but not sure if it'll be totally great or utter tat. What I'd like is a disembodied hand emerging from a hole in the door for people to knock, like The Hand in The Addams Family. There are loads of rubbish versions of this. Maybe if I lose my job I'll get into this niche. (Can you tell I'm worried about our economic climate?) Anyway no one has one of those on their door, except for my sister's old rented spooky house on Cartland Road and I didn't walk that way.

Anyway, what stops me short are a couple of tracks that have me reaching for my back pocket. I pull out the phone and squint at the artwork of the song or album (I take my glasses off to walk). I make a mental note, go home and open Spotify where I save these songs to my Starred playlist:

and my favourite of this week:

As I come in the door, it's dark. The ear plugs come out and the stop button is pressed.