First thing – well, noon – we change apartments. We now live here for the next 48 hours, in the roof bit, where Pete is pointing. The lift is thankfully much nicer and less weighty on the cables. 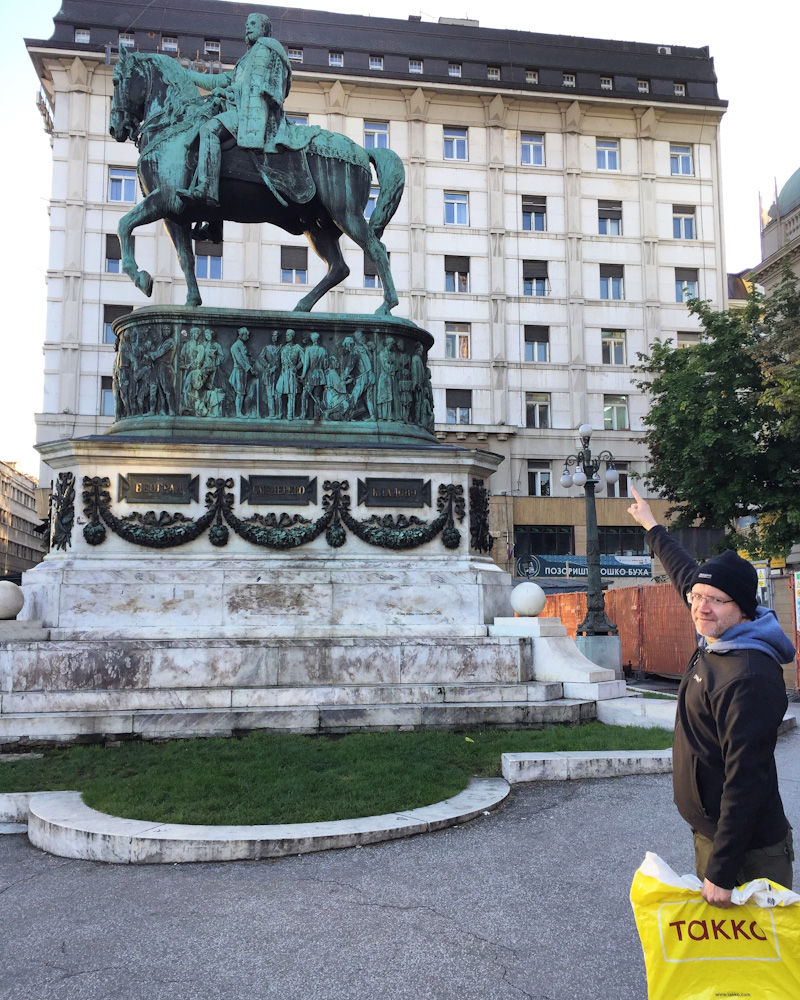 We’re sitting in a chain café called CoffeeDream and Pete has been served a salad in a glass storage jar and told to shake it. The look on his face…

People are smoking in here because there are no EU health and safety regs to tell them not to. Also, everyone smokes. For me, this signals the start of a week of heavy passive smoking, sore throats and stinky clothes. Let's hope Brexit doesn't resurrect that one. 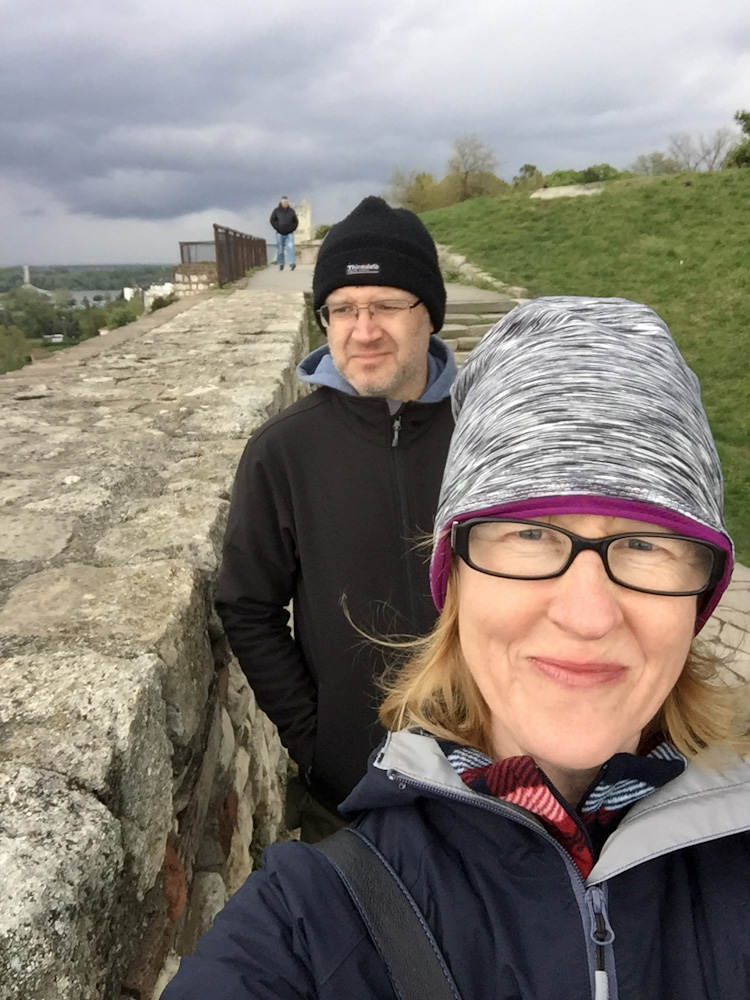 We wander the cold blustery city, go to the fort, snap Serbian cyrillic characters and cat graffiti, walk along the Sava River and then go to a machine learning art exhibition as part of Resonate Festival. Aw. 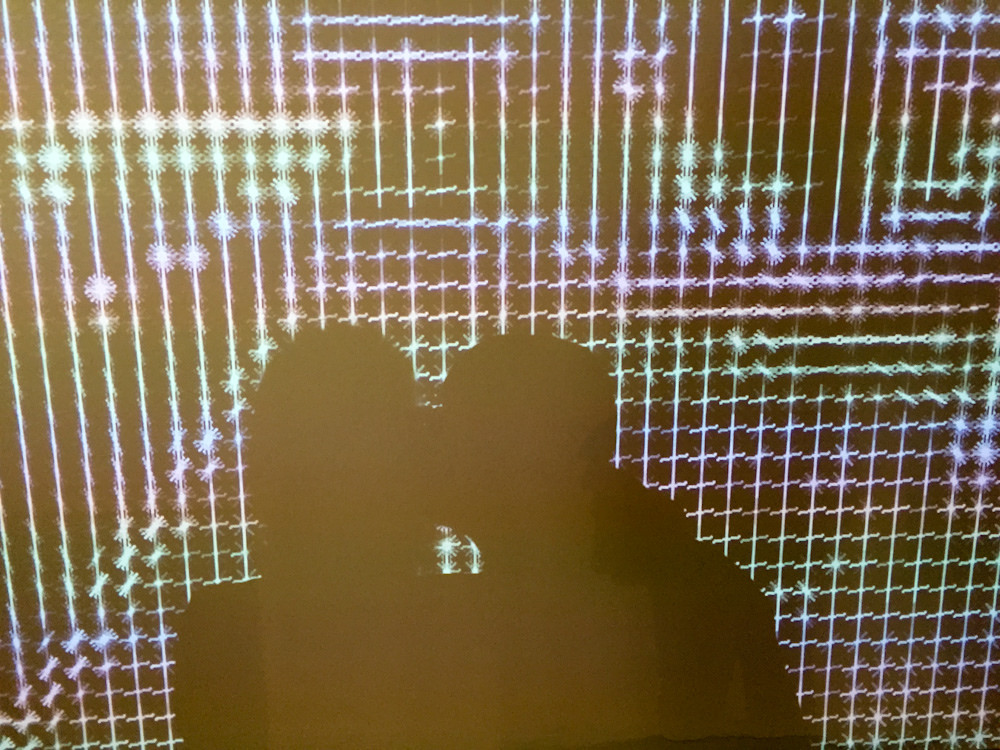 Mid-afternoon, we meet two more single-syllabled friends of Pete, Mark and Dom – Ash and John (it took me a while but I think this is correct) – in a smoky pub for cheap local beers called Lav. Once more we are all somehow enraptured of Belgrade’s failings and quirks as much as its marvels.

In the evening, we dine with Hannah, a machine-learning artist, and her fiancé Myk at ‘the organic café’ (there are dishes without meat!) where the conversation is suitably intellectually geeky – about bias in datasets and ways to make that more transparent.

The wrangling of information is very relevant to my interests after several decades spent in fact-checking journalism for mainstream media and chasing objectivity in the representation of a story’s facts, according to the NUJ’s Code of Ethics. But as the evening goes on I become more aware that mere humans are no longer up to this task. Machine learning is obfuscating the nature of the source data and its biases are often not obvious – until you fall outside the algorithm, at least. Who is checking the input data for bias, accuracy, context, relevance? So many parallels with journalism and the rise of fake news. One interesting thing…  Wikipedia is launching https://www.wikitribune.com with paid fact-checkers because news is so broken right now.

Anyway… it was an interesting evening.

More than this, I love that this stuff is taking place in Belgrade and that people are coming from all over the world to discuss this here. 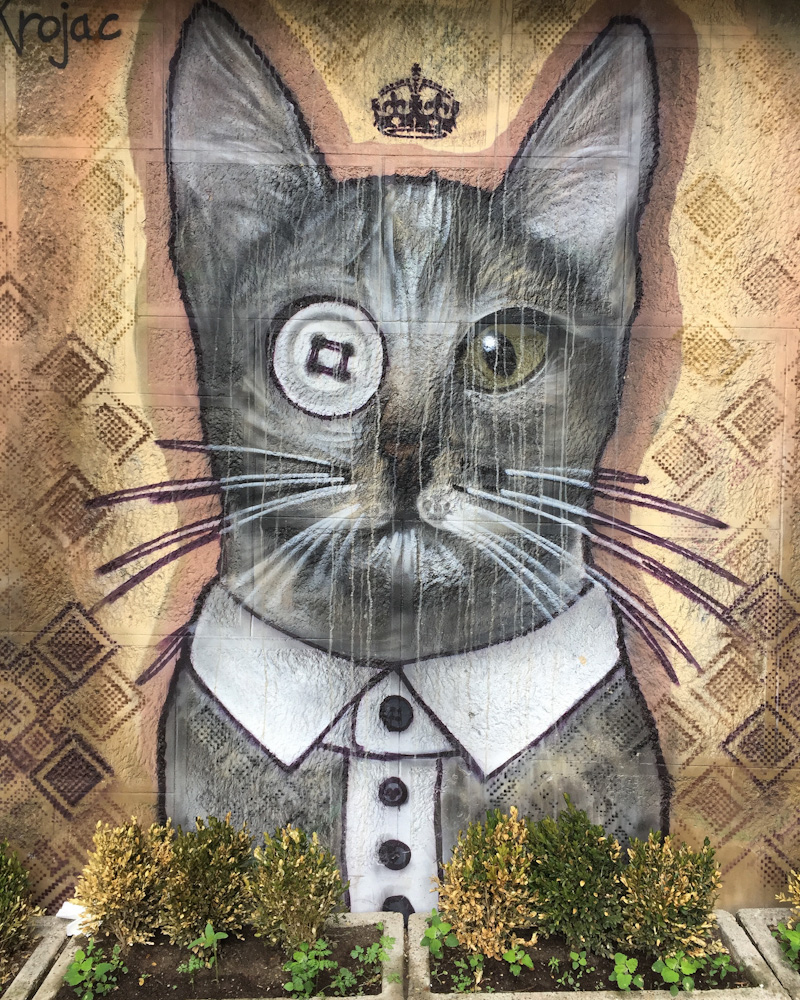