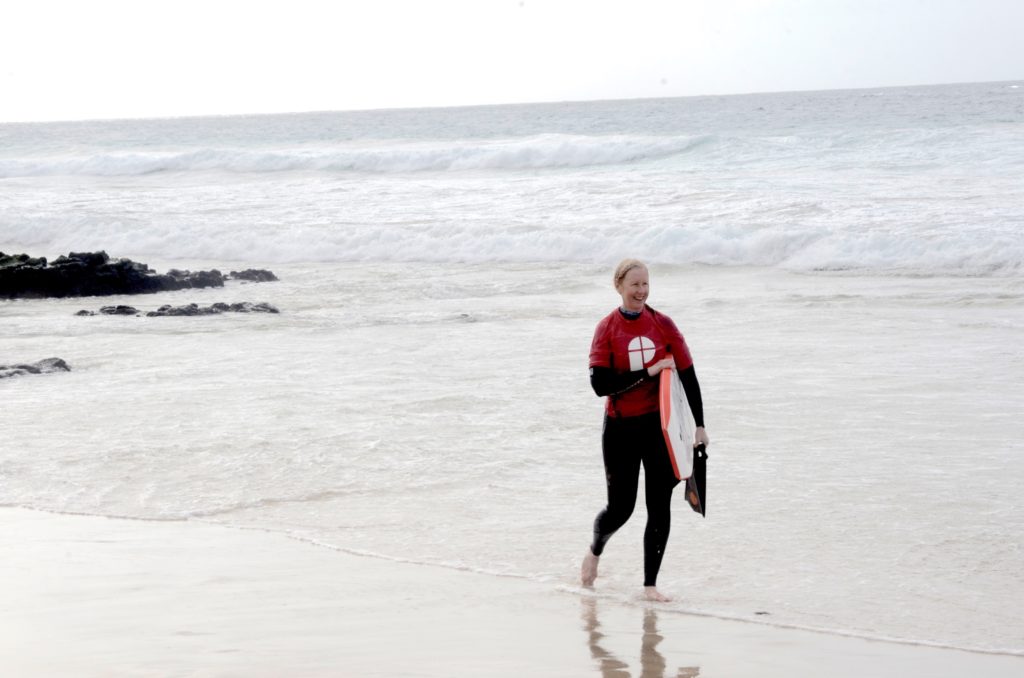 It's true, a few Atlantic Islands claim to be Europe's Hawaii but Fuerteventura does lay a good claim to it as the north shore has massive waves and really does catch that laidback surfie vibe.

This was the whole reason I wanted to go to FV for my 50th – to bodyboard some waves. But I have to say I was pretty nervous, even though we were going out with a local surf school. The winds had been up for days and only a few brave souls were in the water.

Protest Surf School took us to Piedra Playa, south of El Cotillo – a well-known surf spot with long wild beaches and big fat Atlantic waves. We pulled up on the hill above the beach a few times before the boss settled on an area where we wouldn't get too mashed.

I did try surfing a few times – but I really can't do that Point Break 'pop' up on to the board. Never have been able to. Even when they showed me the sneak's way to stand up (all fours first), I was just too tired to stay up. So I reverted to Plan A, which was to get my bodyboarding on, thanks to previous training at Bodyboard camp.

Despite the rips and strong undertow parallel to the beach,  I caught a few high-speed rides in on powerful white waves (the green ones were way too far out). Two hours of 'woo' and I felt fantastic. Swimming twice a week for the past eight months has really helped my fitness, even if my upper arms have a way to go yet.

It was fab to be in the surf in February in the sunshine, with Atlantic rollers rising up and breaking in the distance and regular ridable sets coming in. The last time I did this was Brexit Referendum result day – and like then, the overall physical commitment of surfing was enough to completely empty my mind of anxiety and bad stuff. I guess this is why surfing is such a spiritual sport.

I was a bit jealous of the surfers but I reckon I caught way more rides. Here's one of them (pics by Pete Ashton). Hey surfer, no dropping in on my ride! 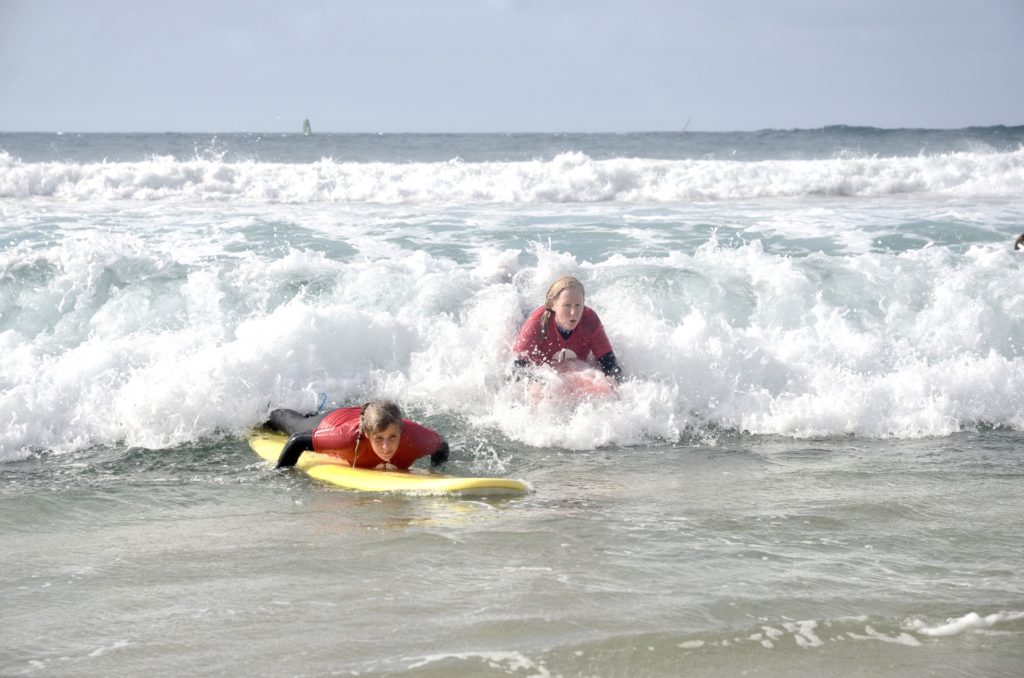 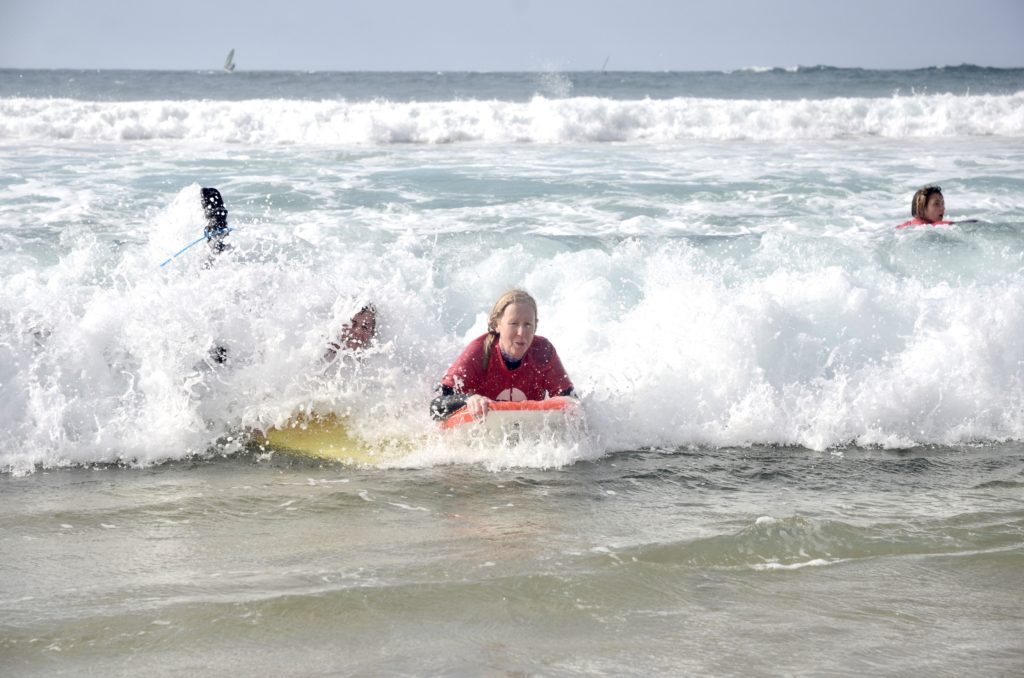 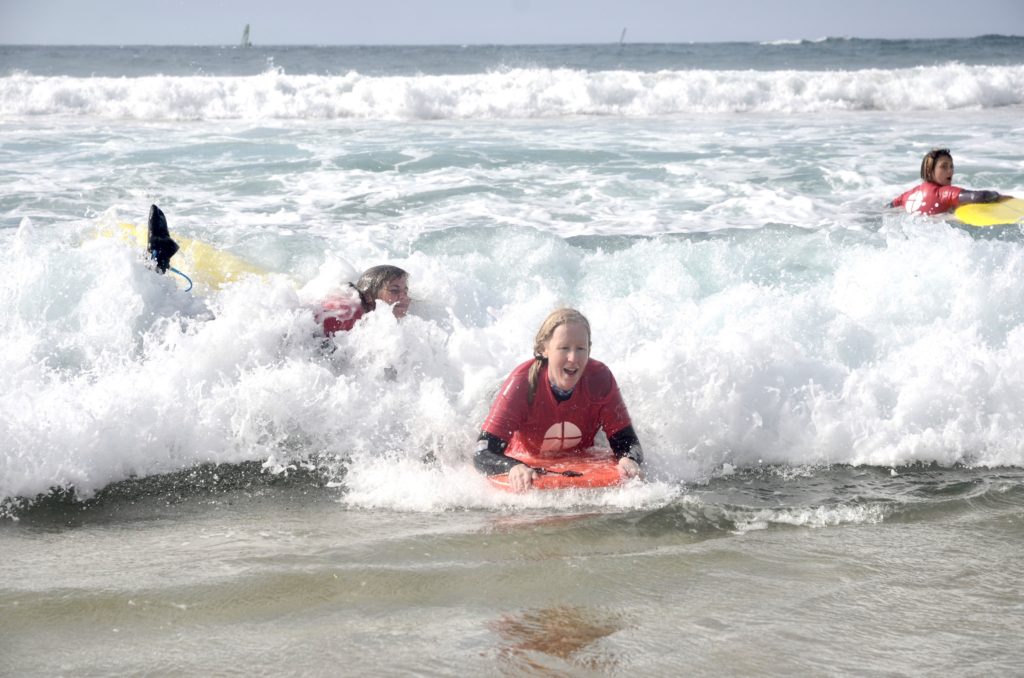 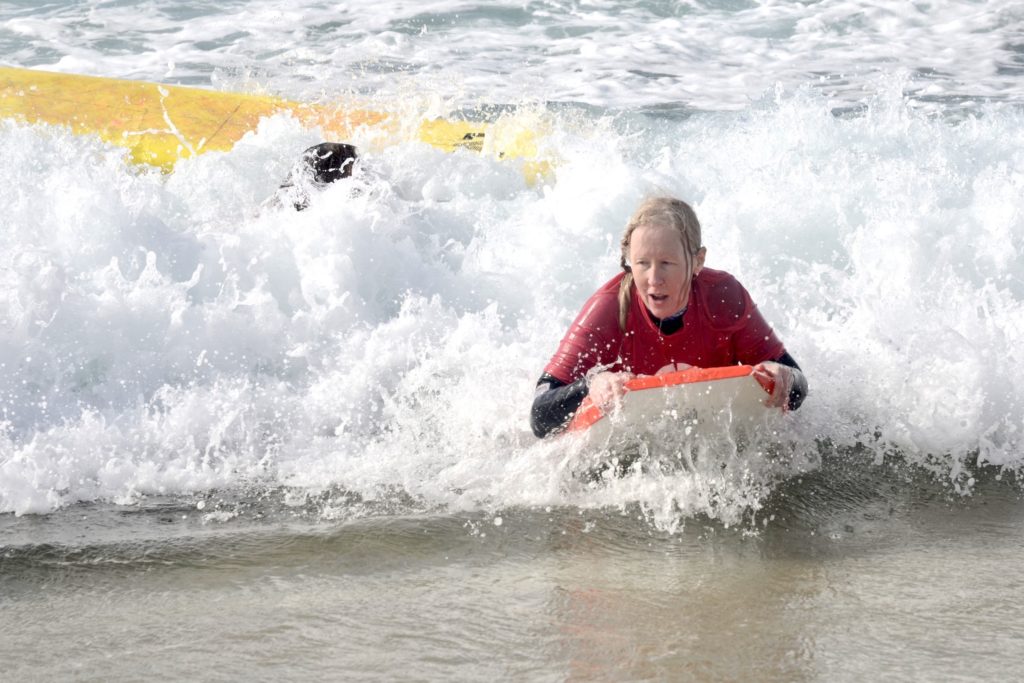 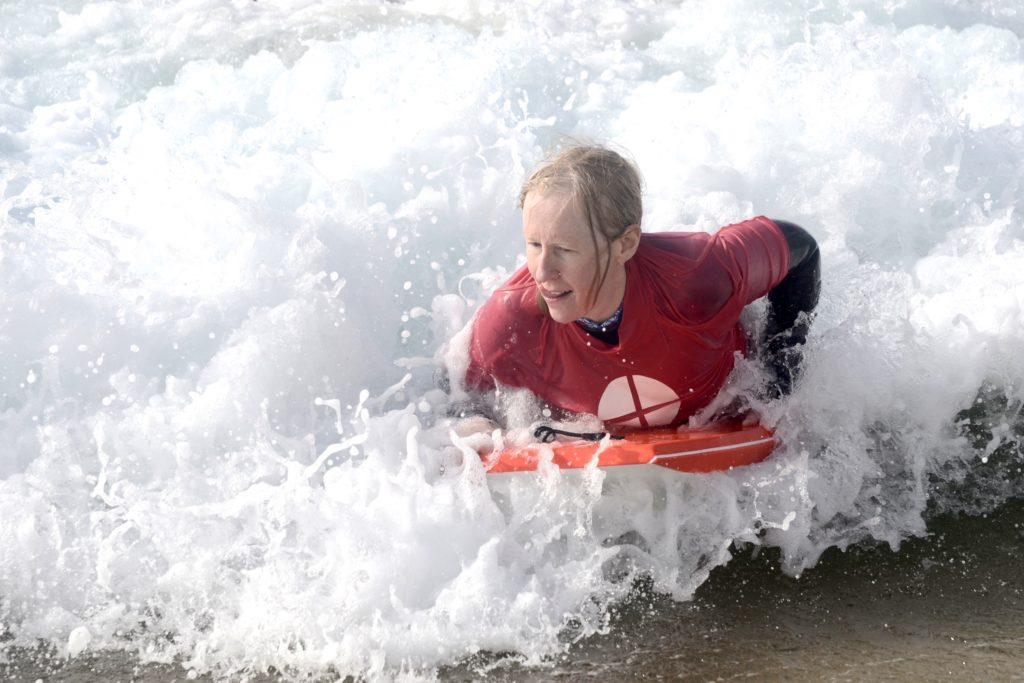 One thought on “Birthday surf and bodyboard in Europe's Hawaii”