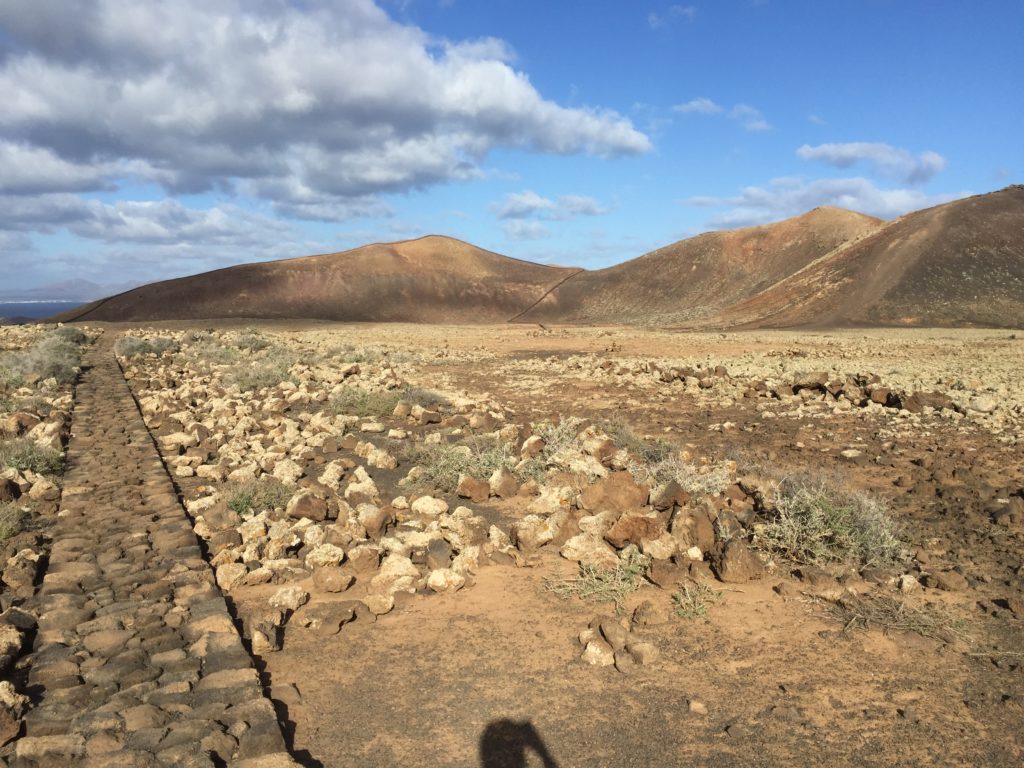 I don't know why –I suspect it is something to do with being brought up on 1970s disaster movies – but I love volcanoes and volcanic islands. Visiting Keli Mutu in Flores, Indonesia, in 2002 probably tops the list of my volcanic visits. Since then I've mostly been getting my fix in the Canary Islands.

So far I've visited La Gomera and Lanzarote, and been very impressed with both. This year for my 50th birthday we went to Fuerteventura and on day two decided to walk around 10km from Lajares to Corralejo along four or five craters and volcanic badlands, and also climb the Hondo caldera.

We hitched a quick ride from a friendly French surfer to get to the camel parking (!), then began our hike. We had to turn back from the non-official route up to the Hondo crater because it was too steep and slippy, and Fuerteventura was delivering some of its famous 40mph winds. There was a grave on the way up so I think it was the right decision not to push ahead. I turned back at the rock circle. 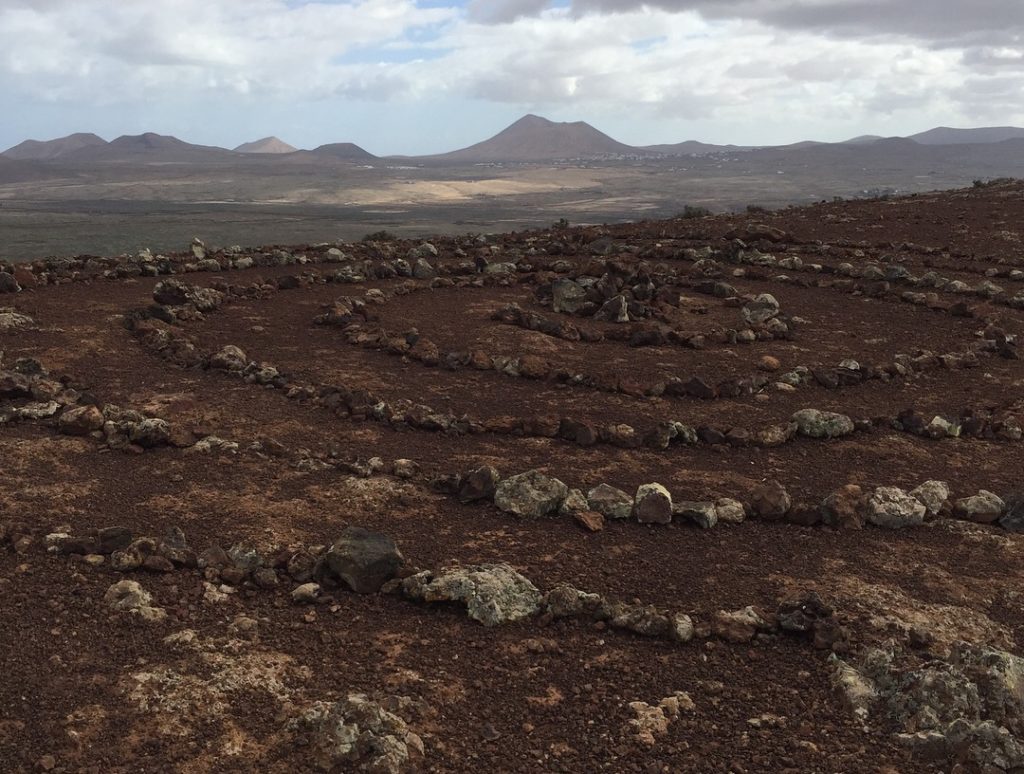 Instead we walked a contour line around the back of the crater and up to a viewing platform that was overrun with chipmunks. Chipmunks and camels, who knew FV's fauna was so unusual? 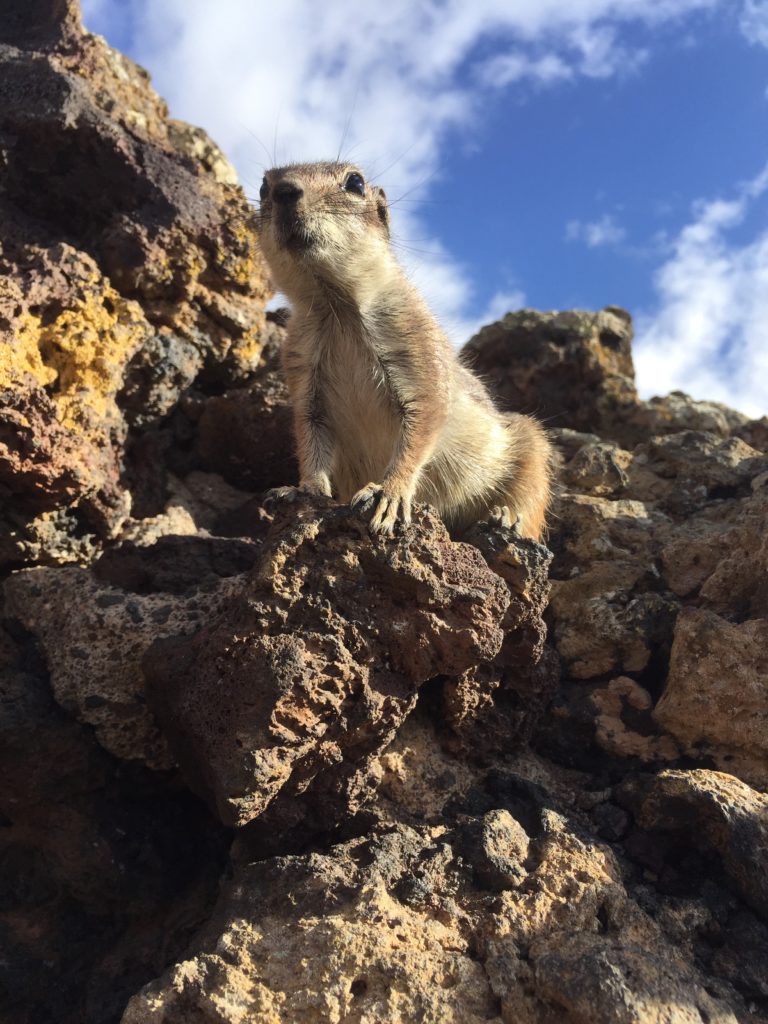 The drop of 70m down into the crater was pretty dizzying, and we could see two people dots on the opposite steep slope, giving it ridiculous scale. You'd have to zoom in to see them. 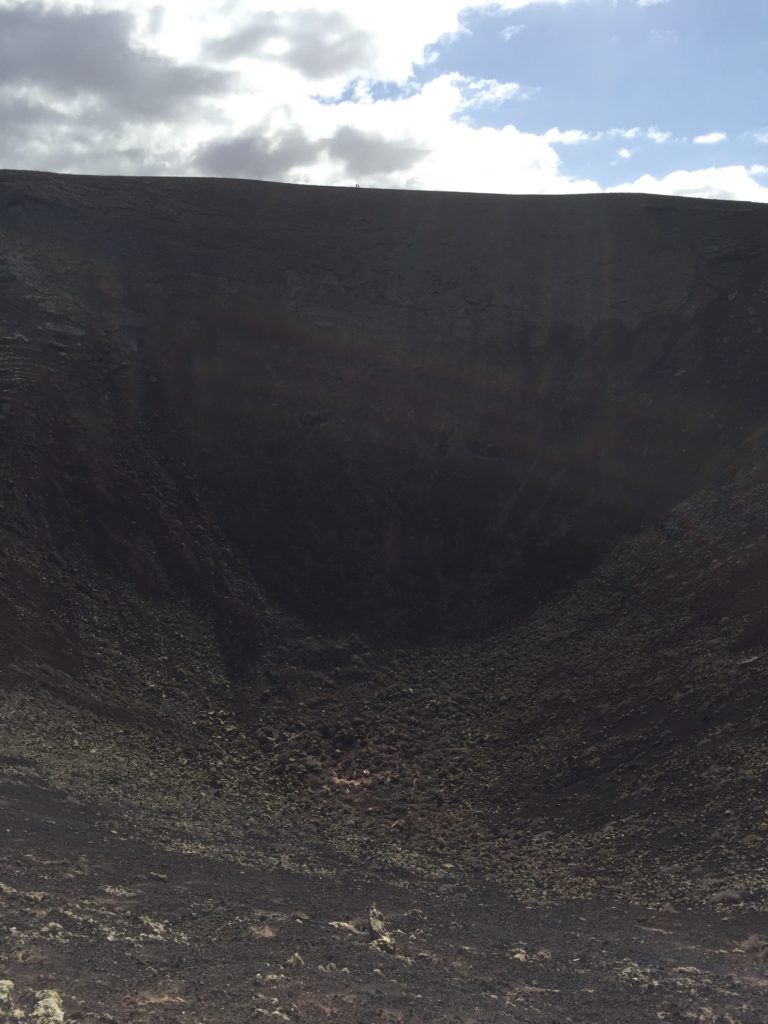 In the other direction we could see vigorous Atlantic rollers crashing along the wild north-west shore. I'd be bodyboarding in that tomorrow, I thought, with a fair bit of trepidation. 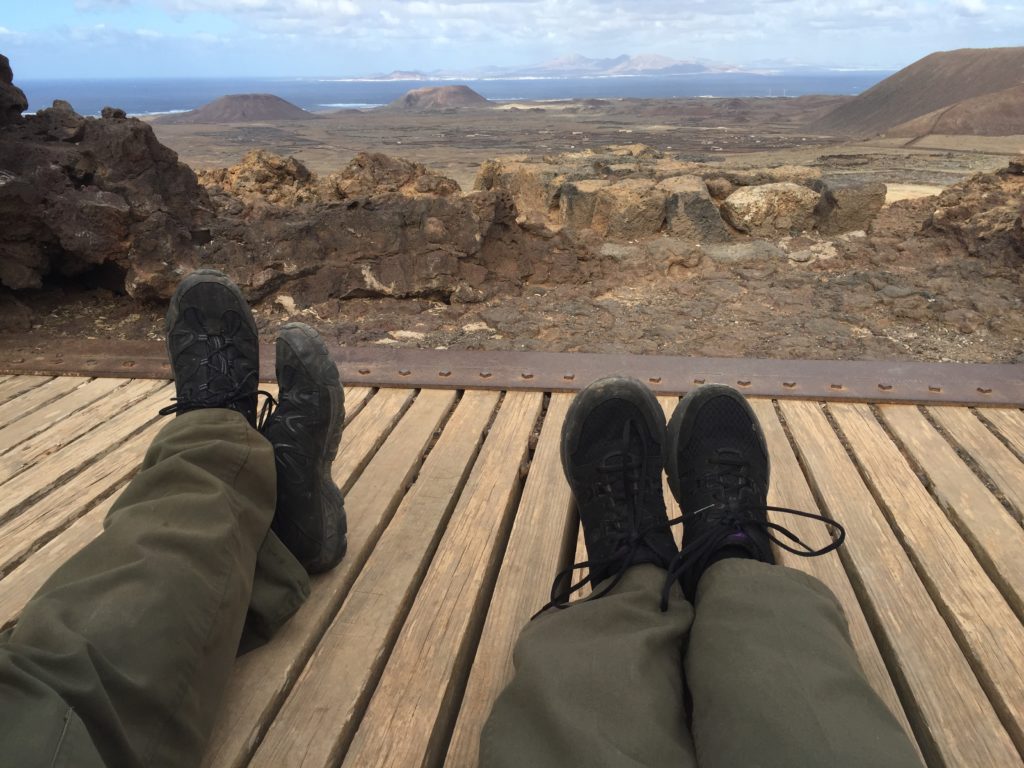 The colours are all shades of warm brown, peach and orange, making FV kind of glow in the sun. Although the wind is relentless but you can usually find a sun-warmed lava rock shelter of some kind – and a herder's hut is where we stopped to have our bocadillo picnic. It really is beautiful. 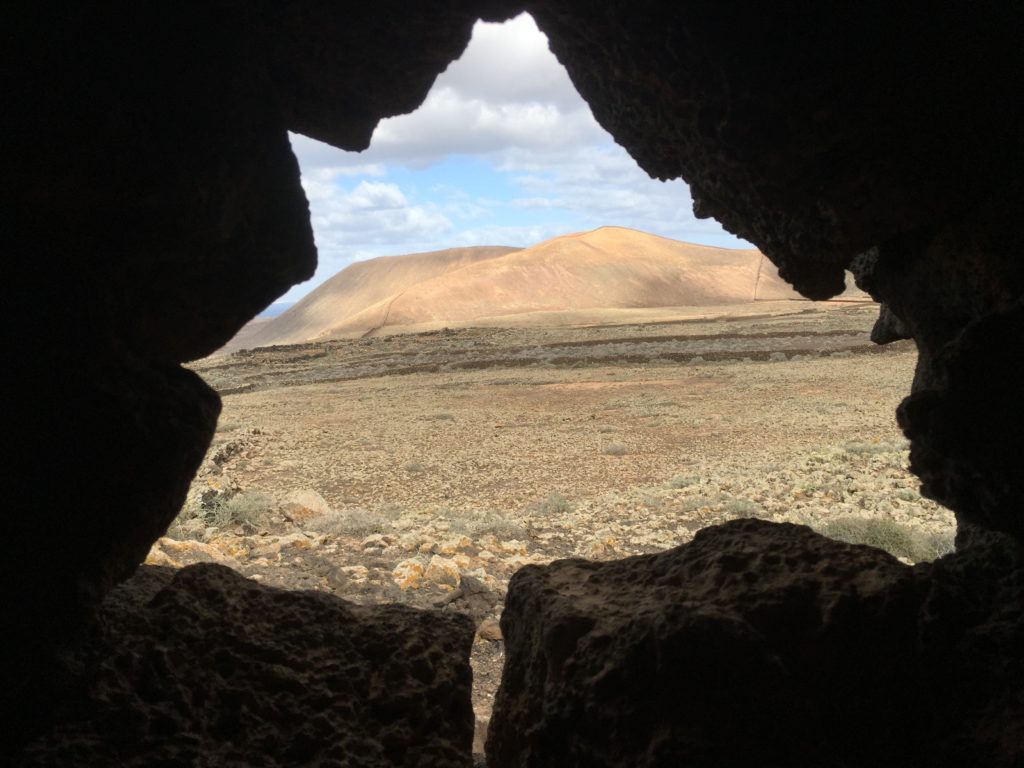 The journey back took us along a dirt track road via a few more craters and badlands, with goats straying along the sides. It was pretty deserted – we saw one runner and one car on our three-hour walk through the peaceful but desolate scenery. 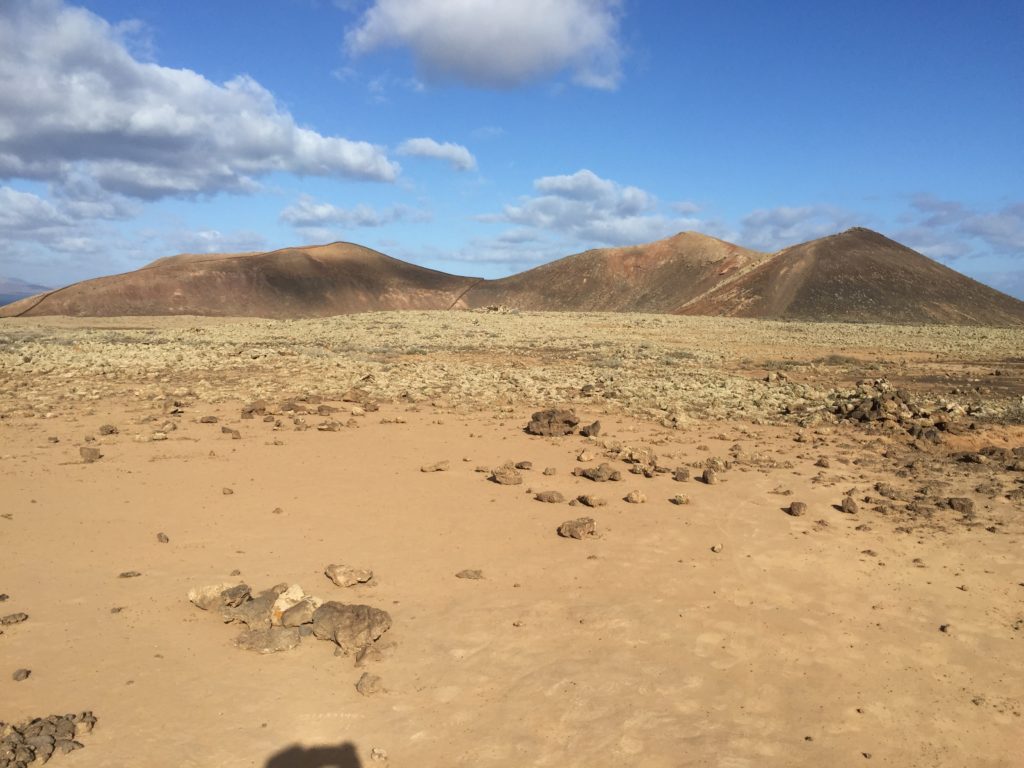 In the near distance we could see Corralejo and its two large wind turbines spinning fast from the north wind on Bristol Playa but the distance was like a desert oasis illusion – the more we walked, the further away it got.

Our city legs were seizing up by the time we hit the final Bayuyo Crater and walked into town, but those rooftop beer sundowners were some of the best beers of the trip. 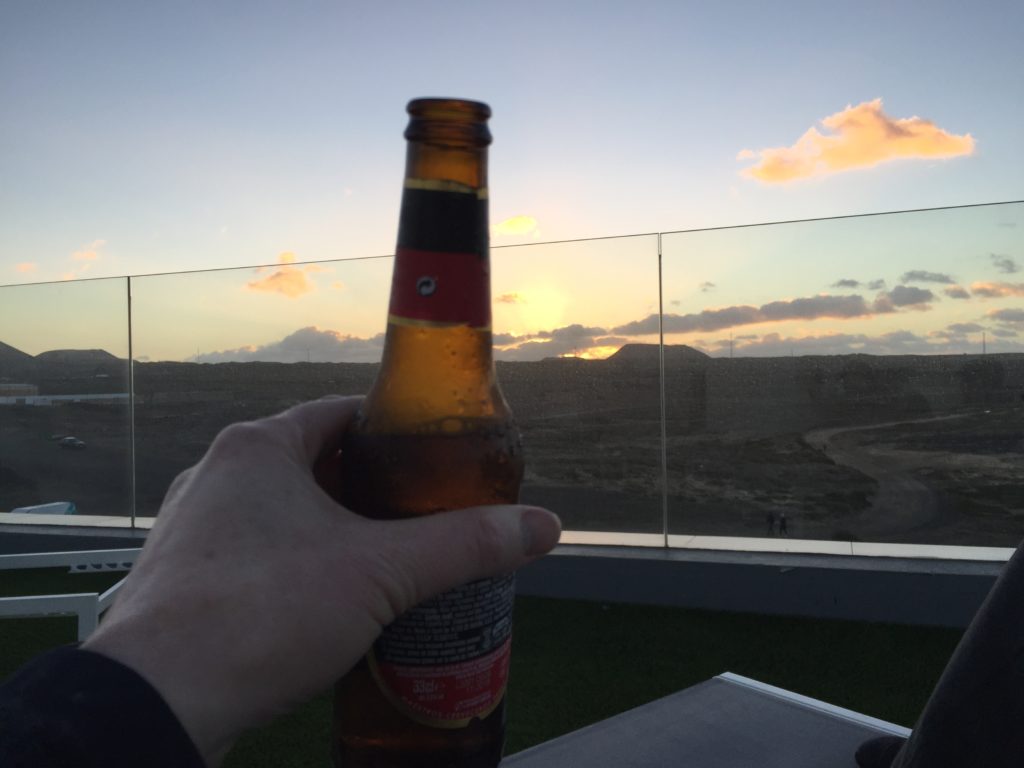