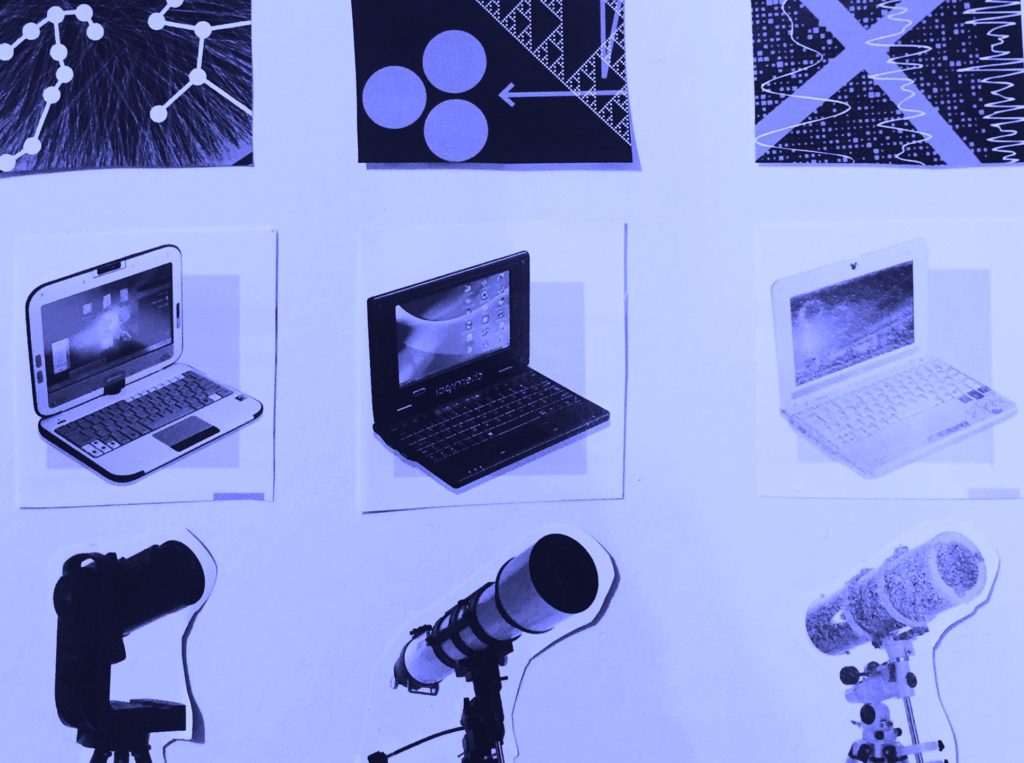 I'm using my Mozilla Open Leadership Project to find activists, artists, data researchers and other collaborators in Birmingham, UK, to connect and kick-start activity around online privacy and security issues. The aim is to build a collaborative community offering citizens greater digital literacy so they can take charge of their online lives.

I’m working open so that the project can develop in new ways, scale and be sustainable. End documentation will guide other regions how to kick-start their own hubs of activity.

I'm also asking for help and subscribers. Update: project is now up and running here: Observed.City.

Mass data collection is a reality that many are not aware of. Through our daily digital interactions, information is being collected about us, stored, sold and used to profile us in an increasingly 'quantified' world. Humans and machines are making decisions about us based on this data – some benign, some dangerous. The details of what information is collected is buried in the small print of terms and conditions and gained through our ‘consent’. Our connections with the internet feel less open and healthy than they did.

What this means for us as individuals and as a society, both now and in the future, and what we can do about it isn't always clear. For most people, it isn't even a topic of conversation.

I'm an editor, not a technologist, but my own experiences with data privacy and cybersecurity projects over the past year have taught me that, for the average person, cybersecurity is at least on the ‘to do’ list, while data privacy feels like much less defined with less obvious impacts and, consequently, it is easier to push aside.

I've heard people say things like 'I'm not important enough to be surveilled',  'I don't want to live in paranoia' or 'I don't care if they read my emails and serve me some targeted ads'. At least these people are having a conversation about it.

I've also seen fantastic debates buried in Facebook comment threads – 'why do people willingly install commercial surveillance equipment in their houses?' and 'is it ok for parents to post pictures of their kids on Facebook without their permission?' and 'why does the Parkmobile app need my full name, gender, DOB and full address as well as my licence plate and payment card details?' – and I wonder how can we bring these discussions out into the open where more people can join in?

Raising awareness is a massive hurdle. Everyone is busy. Everyone is shouting. Everyone wants your attention. As well as the 'I don't have time' response, there is also the 'I don't care' factor. Data privacy needs to be a lot more engaging and a lot less overwhelming.

Much of this work is London-based with many free or funded talks, projects and exhibitions available for people to attend, and large privacy groups, such as Privacy International, Liberty and Big Brother Watch, based there.

In the Midlands, we have 2.5 milion population – 1.1 million in Birmingham alone – who would benefit from knowing how they are affected by the data economy and how to navigate it. There is some great work going on by the Open Rights Group and others but the topic is huge and outreach is hard for reasons already stated. How can we engage more people and build on this in the second city?

These are the questions that I've been thinking about since my training and experience working in The Glass Room London last October. Curated by Tactical Tech and produced by Mozilla, The Glass Room was a three-week pop-up store on the Charing Cross Road with a data privacy twist. It hosted over 40 objects in a gleaming white high-tech store, with an accompanying programme of talks, workshops, film screenings and tours attended by nearly 19,000 visitors. Physical and interactive exhibits let people come to the topic on their own terms and draw their own conclusions. It had people queuing to get in the door and look into their online lives more deeply, while most of the free talks and workshops ‘sold out’.

That level of engagement was a real eye-opener.

The experience made me realise that people DO care about their data privacy – if suitably engaged – and that there needs to be WAY more opportunities to have a conversation about this stuff and its implications.

So… I applied to Mozilla's Open Leadership Project with the idea of trying to find other collaborators, connect the dots and maybe try some new things in my home city. Two weeks ago, I was amazed to read an email saying I'd got a place on the programme.

I'm not a campaigner or an activist. I’m a communicator who is fairly average internet user and who just wants to ask the dumb questions about this stuff and hopefully, as a result, make better choices in my own online life.

To do this, my initial plan is simply to start gathering information and events around data, arts, tech and activism in the city, and collate them in some way, most likely as a regular email out to an online community. (UPDATE: the first issue has now gone out – see Observed.City for details] This will involve building connections with people who are working in this space and from there I hope ideas and collaborations may start to bloom and grow.

One project has started already through discussions with music academic Dr Craig Hamilton – a data reading group called The Interrogang is starting at Artefact Cafe in Stirchley next Tuesday 27 February from 7.30-9pm. The next one will be held on 28 March, and at six-weekly intervals after that, each covering a different data-relevant theme. The reading for next week will be around the use of our data in advertising by services such as Netflix and Spotify – and has been posted up on the group’s Twitter: @theinterrogang

Finally, in the Spirit of #WOLO (work open, lead open), perhaps you are interested in helping the project develop. This is the first week of a 14-week project so it is at an early stage but if you want to be involved, I envision needing some editorial help and people willing to attend and write up events. I'll also be collecting listings of data-related events in the city from April/May onwards so if you are involved in running an event, workshops, talk or other activity, please get in touch via Observed.city.

Mass data collection and surveillance is one of the biggest issues of our age – the least we can do as its key human products is have a conversation about it.