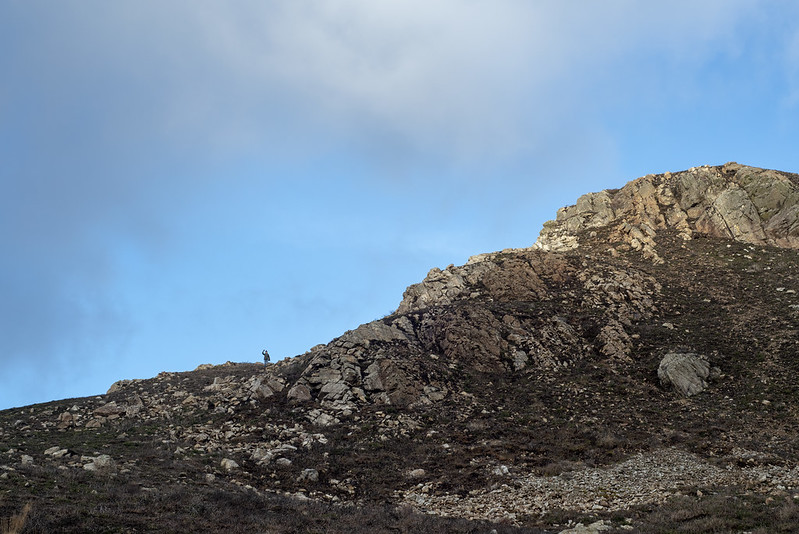 Every January 2nd, we go away somewhere with big skies for a few days – to have a think and read books and walk and look at sunsets and reconnect and make plans for the year ahead. It's a great way to start the year and offers a crisp restart after Christmas has gone stale, and the long weeks of winter still stretch ahead.

Mid-Wales is my first choice for this, Snowdonia being one of the few UK places where mountains meet the sea – and on the west coast, you can get a perfect sunset if the weather goes your way.

Another place I recommend is a National Trust property sitting on the northern slopes of Cadair Idris, Wales' second highest mountain. At 800ft above sea level, Cregennan Lakes offers a double whammy of great views – the Cadair Idris ridge and over the Mawddach Estuary to Barmouth.

On the northern side of these two fishing lakes is an abrupt hill called Pared y Cefn Hir, a child summit of Cadair Idris with a peak at 1257ft. It's the pointy peak on the left in the photo above.

From across the lake, on still days, it creates a neat triangular reflection in the lake. 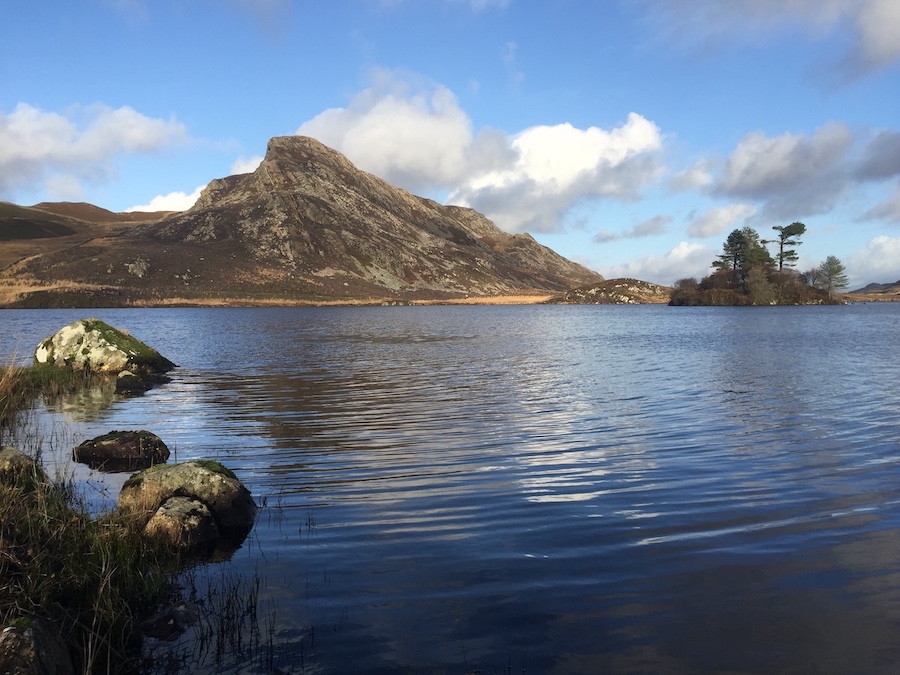 But looks are deceiving – walk 90 degrees to the side, and suddenly it presents quite a different lumpier, bumpier, longer three-headed profile that can't be seen as you ascend. 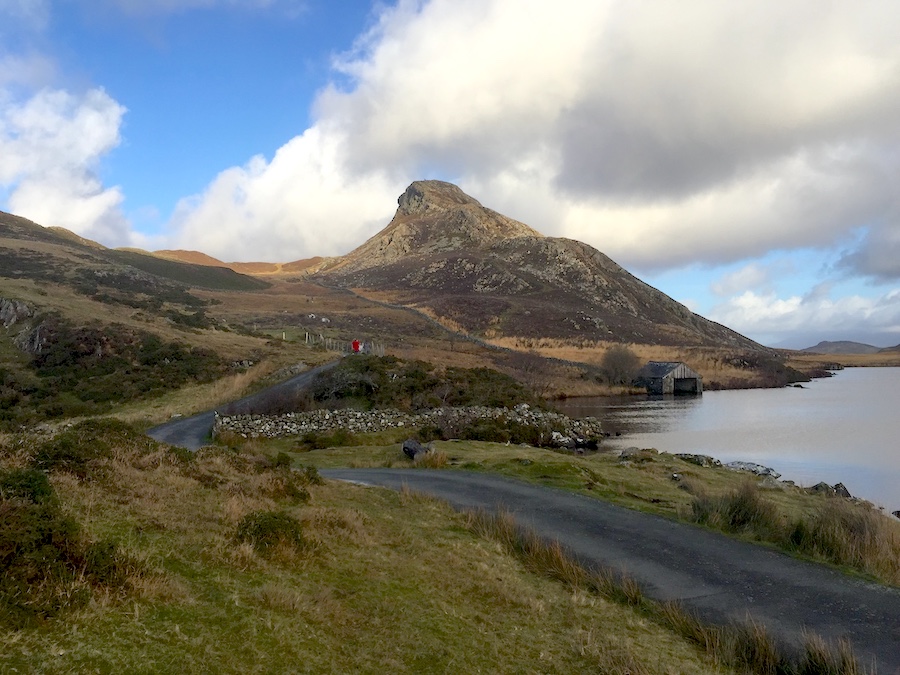 It's just a hill though, and a couple of family groups seemed to be trotting up and down it. There was also a well marked path, an invitation.

I headed up as Pete headed down and around. It was aerobic. And there were slide-marked mud patches all along the wide path. Still, my boots were sturdy and it felt good to have the heart pumping on all four cylinders.

At the top of the first bluff, I looked down and took a photo of Pete, a tiny waving speck down in the spent heather and golden grasses. Zoom in and see if you can spot him.

He also took one of me, a waving silhouette far above.

Behind me there was a deep near-vertical gully, which a couple were attempting to climb by wedging themselves in the gap. A dog walker in the car park told me to avoid this, and walk around and up: "It's a bit of a scramble but not too bad."

The wind starting blowing as I rounded the bluff and came out of its lee. That was also the point where the soil ran out and the path disappeared into the rocks. I stepped onto each stone carefully, well aware of the drop of a couple of hundred feet just a slip away.

Of course, once you start thinking like that, the confidence you need to goat-hop up the rocks disappears and the inner no voice goes into overdrive:

"You're on your own, what if you fall here, or even just twist your ankle? Is there any phone reception to call for help or does the mountain block the signal? Is the path just over that rock or have you lost the way and getting deeper into the shit with every step?"

I clung to the slope with both hands trying to reach for some inner mountain mojo and looking for a way forward.

The inner voice starts to get the upper hand.

"Most accidents happen on the way down, you know. And to older people like you. You'll be tired. You'll stumble or slip on loose gravel. Your knees will give way, the way they do, and over you'll go. You won't be able to see the path from above and you'll have to take a more dangerous route."

"Just turn around and go back to safety. The view at the top is the same only higher. Do it another day when there is someone with you. There's no shame in turning back. It's not a failure because it's not a competition. Better not to push a bad situation."

And so I turn around and retrace my steps back to the first of the three headers. I feel both relieved and disappointed in myself. My Welsh hillbagging challenge is over, curtailed either by wise decision-making over my abilities or by a lack of gumption to forge ahead anyway, it's hard to tell. Age is possibly a factor either way – although these limits are also a function of living in the city and a comfort zone.

The photo now feels slightly tainted. I captioned it 'The hill I couldn't climb'.

To anyone else, it shows a solo hill-climber on an adventure. To me, it is the moment just before defeat. Where I know I have reached my end point and can't continue on. It transports me vividly back to ancient forgotten defeats in the way that funerals resurface past griefs.

But what else is there to do after funerals and walking failures except carry on? There are other hills to climb. And if not, Snowdon has a train.

It's always good to end on a positive note.

One thought on “The hill I couldn't climb”