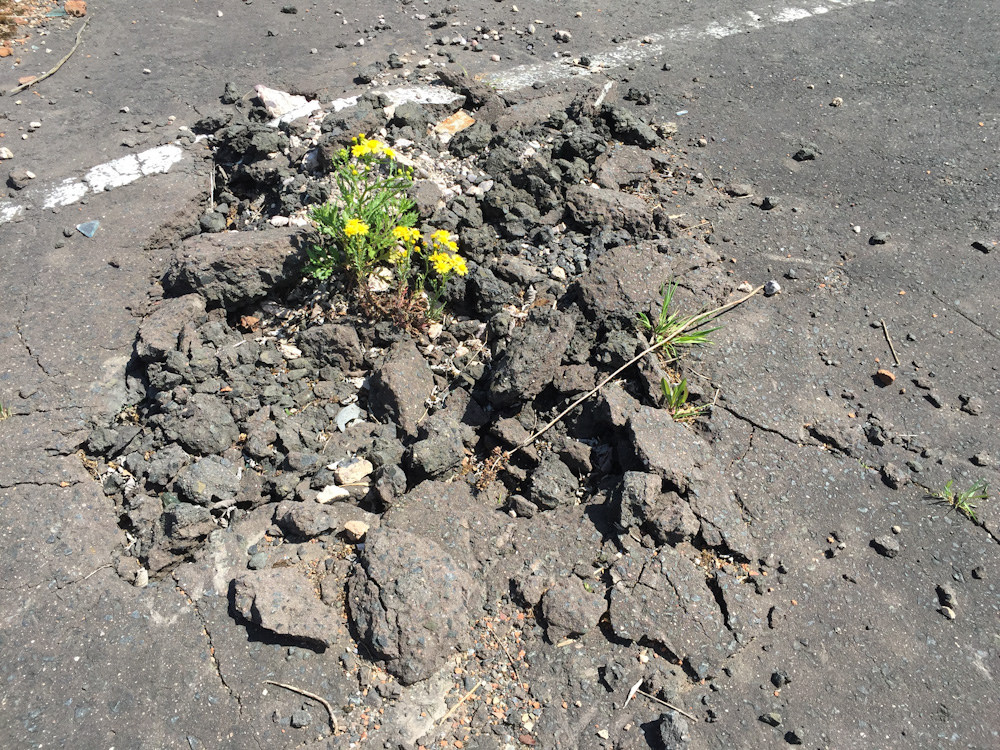 Stirchley is cool right now. I would even say it’s at its peak. So what does that mean? I've been thinking about my home neighbourhood of Stirchley, B30, not necessarily coherently but I need to write about it because, well, I'm a writer and occasional local reporter and I was actually born and bred here, so there.

So here I am on a Saturday afternoon, thinking about how Stirchley is at that point of pre-gentrification while tottering at the edge of becoming something far less likable in future years. Such pronouncements of coolness are kind of ridiculous and subjective, but there is still a sense of it being true in the way that old travellers remember with nostalgia how this or that place 'was so much better and less touristy back in [year]' and 'you should have been there back then'. Except in this case, back then is right now.

I think I’m saying this because there is a definite Stirchley 'scene' going on. It's not exactly Liverpool in the '60s or Bromley in the late '70s but something is happening and there is an excitement and feeling of connectedness in the air. For years, there was little reason to go to Stirchley high street, unless you wanted an antiques shop treasure or a hydroponics set-up or a Saturday-night balti. Now it's like a private members club whose playground is a shopping parade of weirdness unlike any other local high street. Everyone knows everyone and strangers are welcomed – if they fit (the criteria is kind of loose but there, judgmental in that you should be non-judgmental and open to joining in). Or maybe this is just the view from my seat.

A lot of positive change is happening. In fact, I'd rather be here than anywhere else in the UK right now (that isn't on the coast or in the mountains) because what is happening is a rare, beautiful and organic thing of a community coming together in interesting ways. In a way, this is my love letter to Stirchley – a place I left at 19 and never thought I'd return to because, to be honest, it was rough as guts in my childhood.

Now there are micropubs and breweries, a community bakery and cooking school, a community market, a bike foundry, coops, cafés, a houseplant shop, vintage clothing, record and music shops, art spaces, even a spoon-carving, clog-making wood crafter, plus other odd independents creating a miscellany of shops on the main strip. There is a mini version of Birmingham’s famous King-Kong gorilla, who sits above the carpet shop and get’s lit up with festive lights at Christmas (who needs a local BID and a budget for fairy lights – we make our own fun). Online, multiple Twitter accounts organise and extol. There is a hashtag: #vivastirchley, which started as a pisstake and has now been adopted. Unicyclists and alpine horn players have been spotted.

Artefact is a big part of this shift from people being visiting consumers to active community members. This art café space, together with Stirchley Baths, Stirchley Library and other community spaces host so many interesting events and groups that there is little need for the Stirchillian to venture beyond B30 for her social entertainments.

I've even stepped up and put on my own events (cybersec sessions, Interrogang discussion group, Glass Room pop-up), something I couldn't imagine doing in a more commercial, less community-oriented high street. Artefact made it more than easy to start something up, actively welcoming and encouraging participation. Word must be spreading – they’ve had both an Edinburgh Fringe comedian hire the space and a secret gig booked by well-known band.

My own favourite Artefact nights FWIW are the Felt Tip Bender, the crazy rambling What is a Watt? quiz with Johnny's live art news round, Stirchley Collage Club, the regular art show launches and our co-founded Interrogang discussion group talking about the opportunities and dangers of the data economy.

This is the good stuff. But I'm also starting to worry about the dangers of gentrification and local development planning. Some crazy planning applications have gone in – one recent one was for 40 student flats in a tiny corner-shop bit of real estate. Another by Lidl UK ended up razing the popular Fitness First gym and bowling alley to the ground, and has stalled because of ‘reasons’. Then there is a rash of new housing being built at the old Arvin Merritor site, which could bring new customers to the high street but also swamp it with traffic. More development is expected at the vast Seven Capital wasteland that Tesco sold off after sitting on the land for 17 years.

Who will these new residents be – and will they want a homogenous high street of big money chains like Boots and Greggs over the strange but unique collection of shops we already have? Will Birmingham City Council factor in or ignore the impact on Stirchley’s changing character and community and independent businesses when more developer applications come in, or will they fold in the face of big money?

At present, Stirchley is still fairly downmarket in feel and a bit dowdy of look, and the West Midlands Police helicopter circles overhead regularly late at night to catch the drug dealers and car thieves. That people are calling Stirchley 'cool' is amusing in many ways. And it's odd to hear friends talking about moving out of their beloved Moseley to supercool Stirchley, discussing the property prices and availability while bemoaning our terraces with their lack of driveways and on-street parking. Stirchley is not the new Moseley; you don’t move here for the real estate. Here, we only joke about where is best to live: the Riviera or the Marina end.

How Stirchley develops is at a turning point. The large empty spaces offer potential for greater community cohesion but I fear this will not be realised because, so far, no supermarket developer has done anything more than offer token efforts at working together with the community and what we value. For them it is a money exercise; our views and petitions don’t really matter.

For me, the close sense of community and the independent/cooperative rebirth has almost been born out of a reaction to the greed of large commercial interests, which have tried to gobble up Stirchley's tiny shopping strand for themselves and instead mobilised a grass-roots alternative to the endless planning fuckups and resulting wastelands.

At the moment, this couple of hundred metres of high street and its hinterlands has a new sense of identity that is the strongest I've ever seen it. I really hope we can hold onto that.