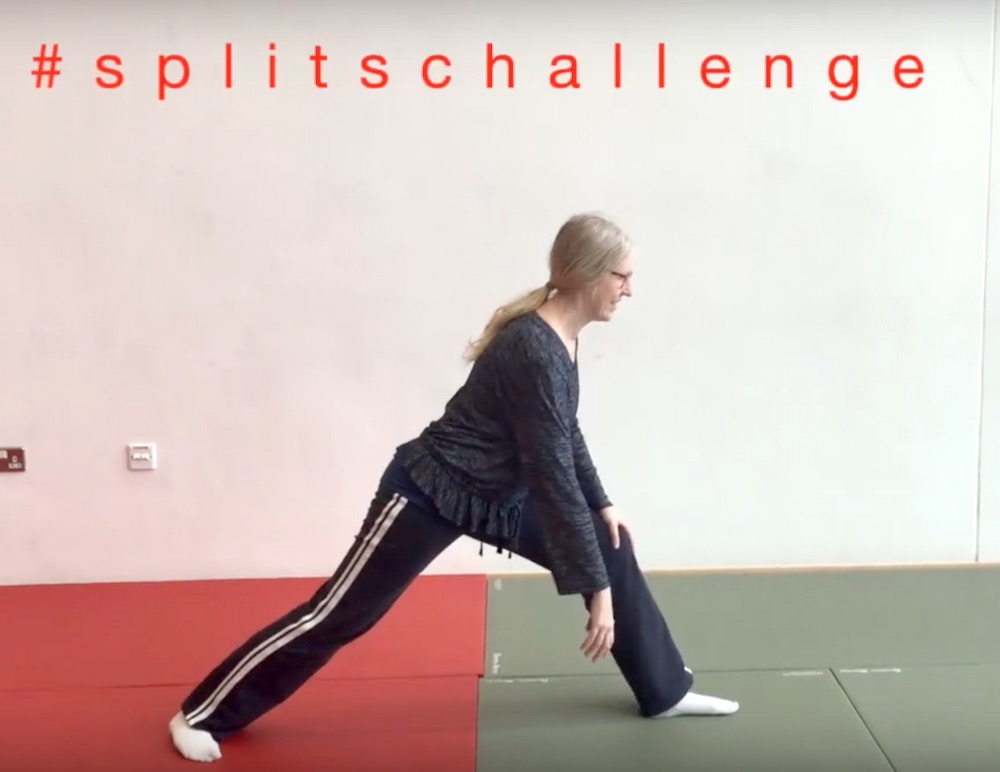 Spoiler alert: I didn't pull off doing the splits after 12 months of trying. It was no big surprise as I didn't make the required effort to get any more flexible. Plus I was pretty much starting from cold each time – I probably should have filmed it after a stretchy yoga or tone class, not a tai chi one.

I did learn some things though.

One is that technique is everything. For the first few months you can see my hips are twisted to one side. For the August attempt, a yoga teacher suggested I keep my hips in line to avoid injury, and suddenly it looked a lot more stable. Then she said to add the blocks to stop slipping – and that gave me time to wriggle a bit further towards the floor.

Possibly the biggest discovery, though, has come from watching the video compilation. I wonder if you can spot it?

For 10 out of 12 times I led with my left leg. Then in September, and on the finale, suddenly I led with the right – and it looks to be a bit lower. Maybe the muscle tension is different somehow that way around. Weird!

So, yeah, my 2019 goal was a fail overall but it looks as if I may have done it with my worst leg forward. That's my excuse anyway.

Next challenge? Maybe a full press-up, which I've never managed, and/or a Brummie gambol (forward roll), which I used to find quite easy – or at least I did 40 years ago.