This year I've been trying to form better habits through what I jokingly refer to as my 'Analogue Columns Lifestyle Planner Tool' – basically a daily set of columns in a notebook for ticking off stuff I want to do more/less of. Most things have been going pretty well – apart from the digital detox column. It was just way too easy to ignore Screentime warning limits on my Facebook, Twitter and Instagram apps.

Until this week – I had a breakthrough. A moment of empowerment and action that has been a long time coming.

It happened after reading about how (yet another) 540 million Facebook records were left exposed due to sloppy third-party developer security and then listening to Grahan Cluley's Smashing Security #75: ‘Quitting Facebook’ podcast (on the same link).

One of the lines in it was about how we all hate being on Facebook but can't quit it because of FOMO (fear of missing out). Who wants to be in that resentment-filled situation of not being able to leave?

But it's so true. My own FB addiction is based on social glue, comment witticisms, creating diary-style timehop memories and social calendar notifications (and some work stuff). Which is fine but it also sucks me in beyond this as I scroll the newsfeed and feel compelled to comment or click 'Like' a few times a day (hundreds or thousands of interactions a year), each taking a moment that also adds up.

In fact, according to my Screentime stats, the whole scroll and respond is adding up to an astonishing eight days a year, and that's just on my Facebook phone app. If I add in all my other phone interactions, including calls and text messages, it multiples to around six weeks a year. SIX WEEKS!

And, the thing that galls, of course, is that this time and information has value. Ultimately I am the product for FB. Each interaction is building up my profile for FB advertisers and I have now handed over more than a decade of details about my life and thoughts for FB to sell on. I think we all deserve a cut of these ad profits. The free service is no longer a fair price for users.

So I've done three things to contain Facebook without losing out on the things I like. They took a few minutes to do but should make a massive difference.

There are other tricks – Chrome users can get their FB feed replaced by an inspirational quote, for example. But I'm kind of interested to see how my newsfeed changes based on my detox. And I like to see friend's news. And I don't want to use Google's Chrome.

So how about the monetary aspect of getting some of the financial value of my data for myself?

After being part of The Glass Room in London in 2017, I've been intrigued by the idea of selling my data to advertisers.

This is not a new idea but this week I've been inspired by Jean Guerrero's article in Wired on how maybe we are all targeted individuals and what this is leading to.

Towards the end of this long read, she talks about Jaron Lanier's idea that:

"we should demand payments for data that companies collect from us. He envisions a world in which we are compensated for every profitable datum we provide, with payments proportionate to the profit they produce. He argues that such a world—in which we value the humans behind data as much as the data themselves—would lead to a new era of economic prosperity, equality, and freedom."

Who couldn't do with some of that?

At the moment it's only an option to restrict access or quit the platform. A container for my personal data and Facebook interactions seems a good first step towards pushing back and sends a message to FB (which still holds all my past data, even if it is less useful from now on).

But why not offer us the option to be both the product and the customer?

I guess because we all give ourselves too freely for Facebook to offer us any other deal; we don't value our data and often have a 'who cares?' attitude to posting on these services.

But if users could have customisable permissions and data access for a price, what then? I would love to reverse the Facebook business model and target advertisers willing to pay for access to my demographic. Might this not be something FB could monetise, too? After all, they are a data broker – and surely that can work both ways. 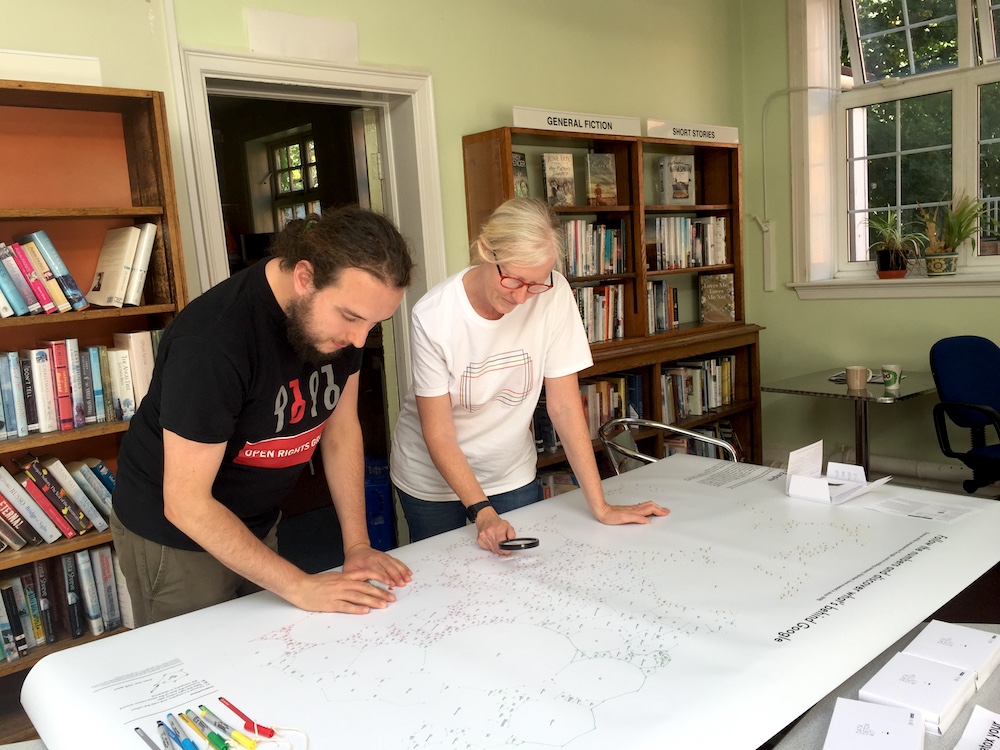 The Glass Room Experience and Data Detox Bar will be held at Stirchley Library on Saturday 4 August as part of Tactical Tech's campaign to start a global conversation on data and privacy.

The day has been organised by Fiona Cullinan, who trained as a volunteer at The Glass Room London, a pop-up tech store with a twist. (Curated by Tactical Tech and produced by Mozilla, The Glass Room exhibition and event programme was hosted at 69-71 Charing Cross Road, in the heart of central London, from 25 October – 12 November 2017 and attracted close to 19,000 visitors.)

Materials from The Glass Room will be on display in Stirchley Library as talking points. Open Rights Group Birmingham members will also be on hand to answer questions on the day.

Here are some simple resources for taking control of your online privacy.

Me and My Shadow

Take control of your data – lots of easy video explanations, plus recommendations for alternative apps and tools that don’t hoover up your data.

Security in a Box – tools and tactics

Help and advice about cyber security, including password safety, encryption, protection from malware and hackers, and more.

How to reduce data capture across all the common points of online interaction: Google, social media, smartphones, mobile apps, search and browsing. Also, discover what kind of info is being collected about you and how you might be profiled.

“I’ve got nothing to hide”

Find out more about tracking and digital traces – how much of the data collected about you involves behind-the-scenes metadata that can be more revealing than you think. Also busts other common myths about how people think about data privacy.

Next steps and useful links

UK charity researching and raising awareness about surveillance and privacy.

Photos from the event

Thanks to all who attended. Here are a few photos from the event. 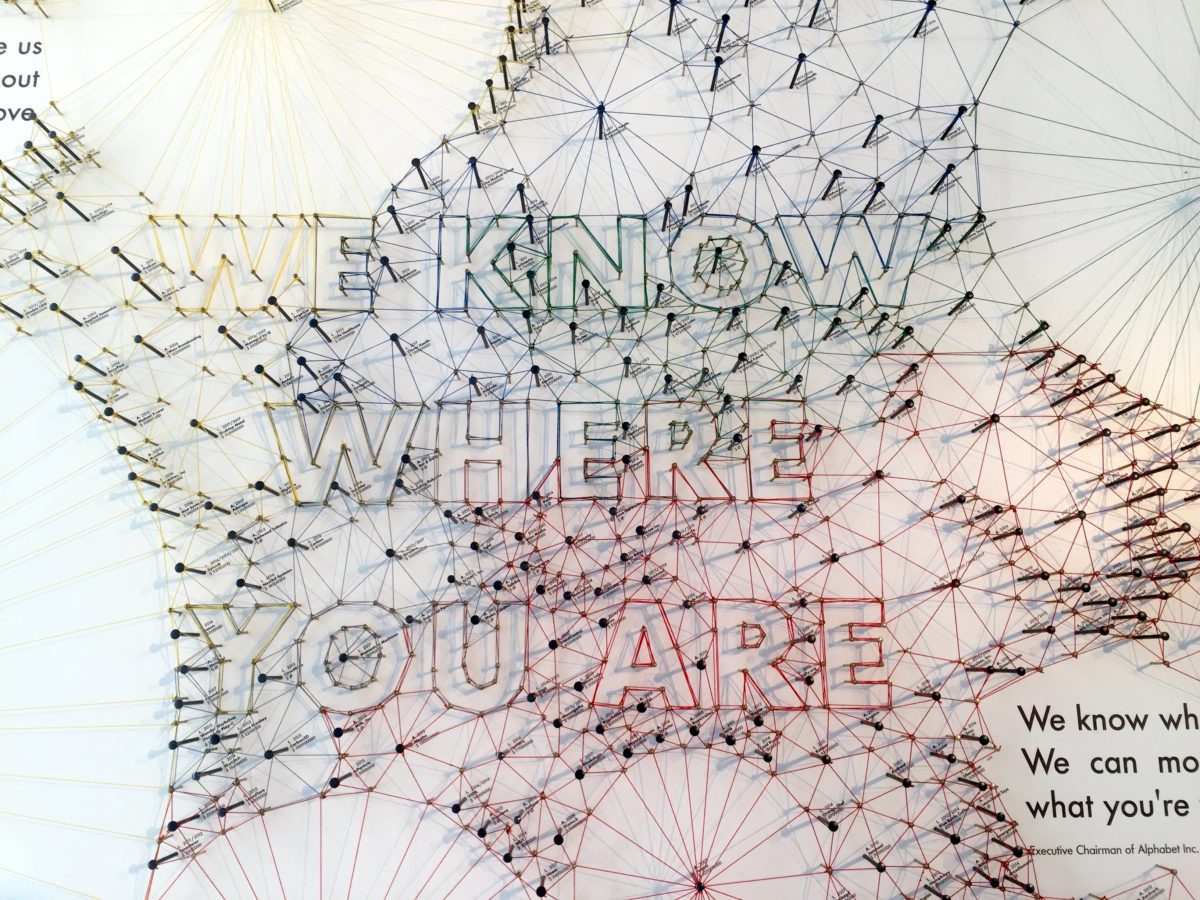 Brummies, look into your online life!

Do you feel your digital self is slipping out of control? Clicked “I agree” too many times? Have you ever wondered if your smart gadgets know more about you than you do?

Visit the Glass Room Experience, a pop-up exhibition on Data and Privacy, at Stirchley Library on Saturday 4 August 2018 (10am-4pm) – and find out from more our informational and interactive exhibits on internet giants such as Facebook, Google and Microsoft. (Stirchley Library's Facebook event page is here.)

There will also be a Data Detox Bar where you can pick up an 8-day Data Detox Kit and ask members of the Birmingham Open Rights Group your questions about how to protect your privacy and secure your information. No technical knowledge is required. Just drop in, view the exhibits and come say hi!

Leading the day will be Fiona Cullinan, who trained and worked as a volunteer 'Ingenius' at The Glass Room London, a pop-up tech store with a twist, which ran in London for three weeks in Oct-Nov 2017 and attracted nearly 20,000 people in to look into their online lives. Since then, Fiona has set up Observed.City, a data privacy email for Birmingham, and also co-runs Stirchley data reading group The Interrogang. More data privacy resources and information are available at https://theglassroom.organdhttps://myshadow.org

I'm a pretty average digital citizen: not particularly techy but I like social networking, and emailing, and searching, and games, and maps, and chat apps…  I work remotely and purely digitally for clients anywhere in the world, and the internet is a convenience I can no longer do without.

I also value the right to privacy and I'm worried that the internet is turning into one big tracking system. We are in the process of creating this new world, one that clocks and quantifies our every move, and scores us and targets us. No one fully knows the implications of this, for ourselves and the next generation to come.

Worse still, few people are even talking about it, like it's happening over there somewhere. A lot of stuff is going on in London – for example, The Glass Room, which I was involved in last October – but as a Brummie, I want to raise some awareness about this in my home city. (We have a pop-up version of The Glass Room we can set up if anyone is interested by the way? It's a great conversation starter.)

I started a newsletter to address some of the challenges in how people engage (or don’t) with data privacy. And because I wanted to see if you can make online privacy and security easier to engage with, perhaps even FUN!

On a more specific personal note, I want to help my friends who are parents of teenagers, kids and toddlers, to navigate these issues with an eye on the future. Data doesn't die easily and the next generation is growing up to find they already have a record. I am envisioning a family manifesto pinned to the fridge with agreed social media posting permissions, coffee morning support groups in schools, a junior edition of the email edited by my goddaughter (hello Kitty!), data detox workshops and a traffic light system for the bad guys.

And I need to take a holistic view. There are some fascinating projects going on in the second city with big data and open data. This is about navigating the new world not dropping out of it.

So I shall be observing what is going on in my city and curating it into the ObservedCity newsletter once or twice a month. I hope there will be collaborations and guest editors and open discussion and a destination unknown. Let's start things up!

This is a new venture and I need help to spread the word. Please share the newsletter link and this post on to anyone you know who works with data privacy, digital arts, tech or activism in the West Midlands – particularly artists, activists, academics and organisations working with data, and anyone who wants to improve their online privacy and security habits.