Two weeks ago I was a fake bride in a walkabout opera in a warehouse. This week I did something I'd always wanted to do: DJ! Here I am 'in action'. 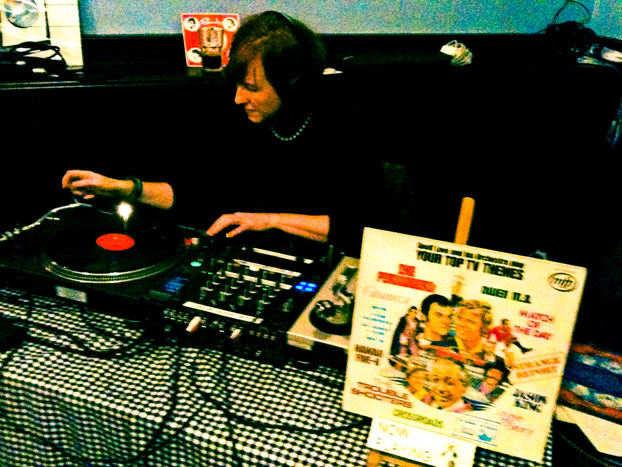 I was booked to spin some vinyl for the regular (and great) Stitches & Hos night at the Hare and Hounds in Kings Heath, Birmingham. Stitches & Hos basically involves knitting while drinking. Which sounds potentially quite dangerous but is actually a lot of fun.

The last time I went to an S&H night, the DJ played the kind of music that makes you think, 'Ooh, I like that.'

Not so my two boxes of vinyl. In fact, it was quite the opposite. The theme of the night was Bad Records, Strange Vinyl – here's a Tumblr I made earlier – playing records that look like this… 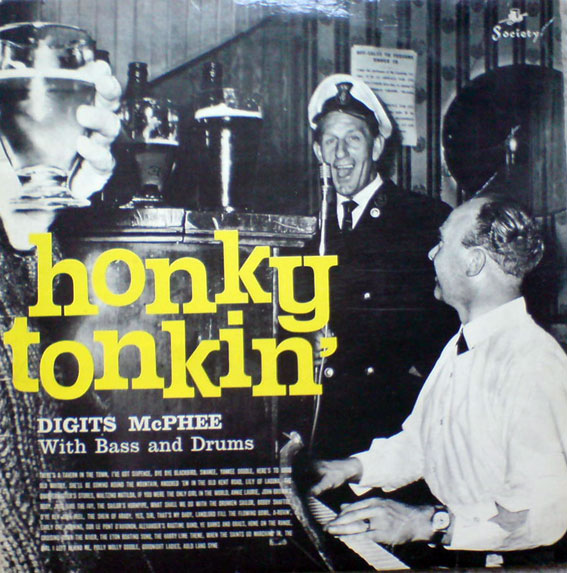 The idea was to play charity shop classics, dodgy parental record collections or just those great bad records that rarely get a listen. People were also encouraged to bring their own vinyl – and they did, including a Sindy Doll single, a Led Zep album with two Side Ones and this amazing 7inch… 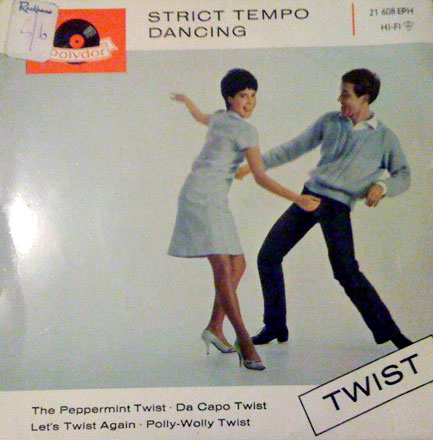 A lot of people have asked me how the deejaying bit went.

Well, I think the knitters enjoyed it – as much as you can enjoy nearly four hours of such music. The Abba covers (Magic Guitars and Salma & Sabina's Hindi versions) went down particularly well.

But I was also surprised to discover what hard work it was. Changing records every 3 minutes, lining them up, faffing with inner sleeves and album sleeves, talking to people about the tracks, pressing cue buttons and start buttons and mixer desk sliders, making sure the 'Now Playing' easel was up to date… thank goodness we (DJ Pete joined in) moved to MP3s for an hour or I'd probably have lost the plot.

Would I do it again? Probably, although for just an hour or so rather than a whole night.

Sadly I didn't get to play the Christmas selection I had lined up, the main feature of which was this amazing double album with pop-up nativity scene… 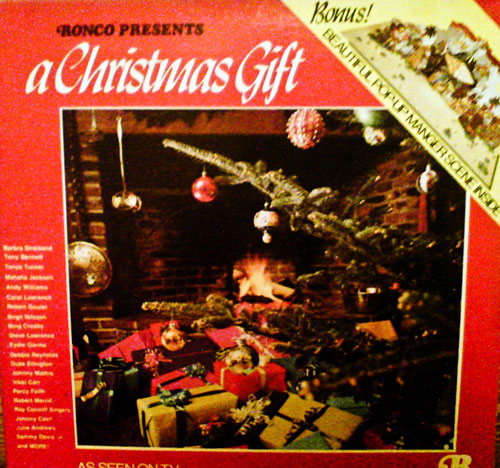 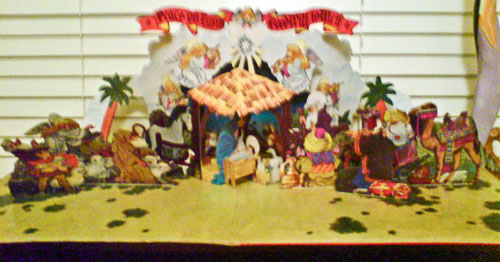 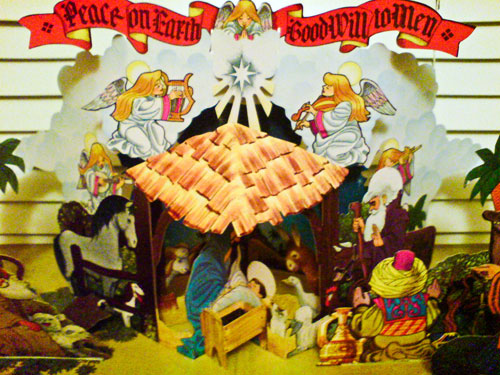 Did you spot Jesus's cat?