It's the bit I really want to see –  the dormitory of Belgrade – built to house the expanding population. Many of former Yugoslavia’s buildings are also here and seem forgotten or neglected or barely maintained. That’s not much of a sell but it’s bloody great for tourists from Birmingham.

There's the classicist, modernist Palace of Serbia, still a government building but with no water flowing in its fountain…. 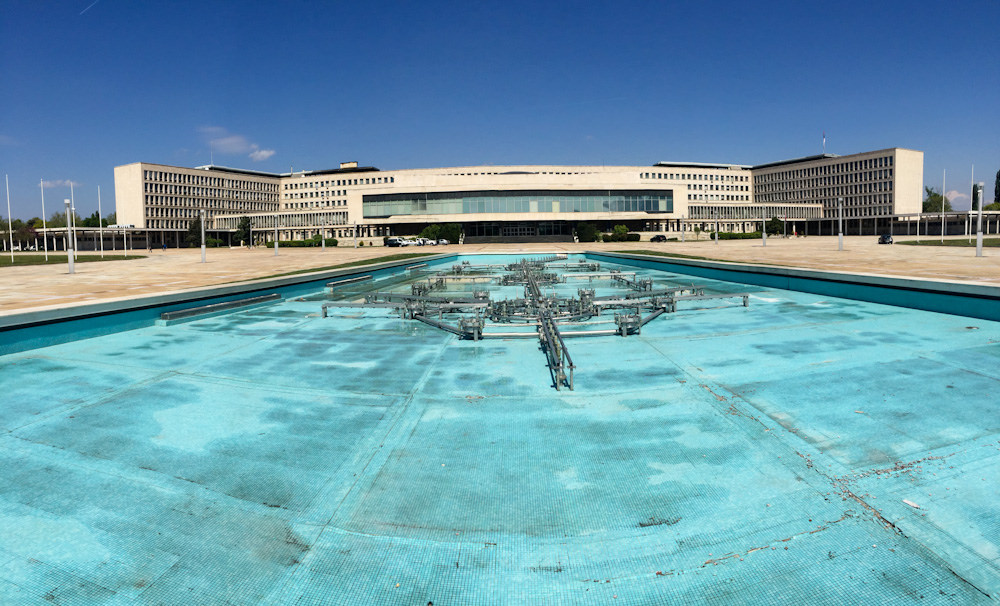 The 1970s brutalist Genex Tower, aka the Western City Gate, which is half empty, one residential tower attached to an unrented commercial tower by a two-storey bridge and revolving restaurant (both closed)… 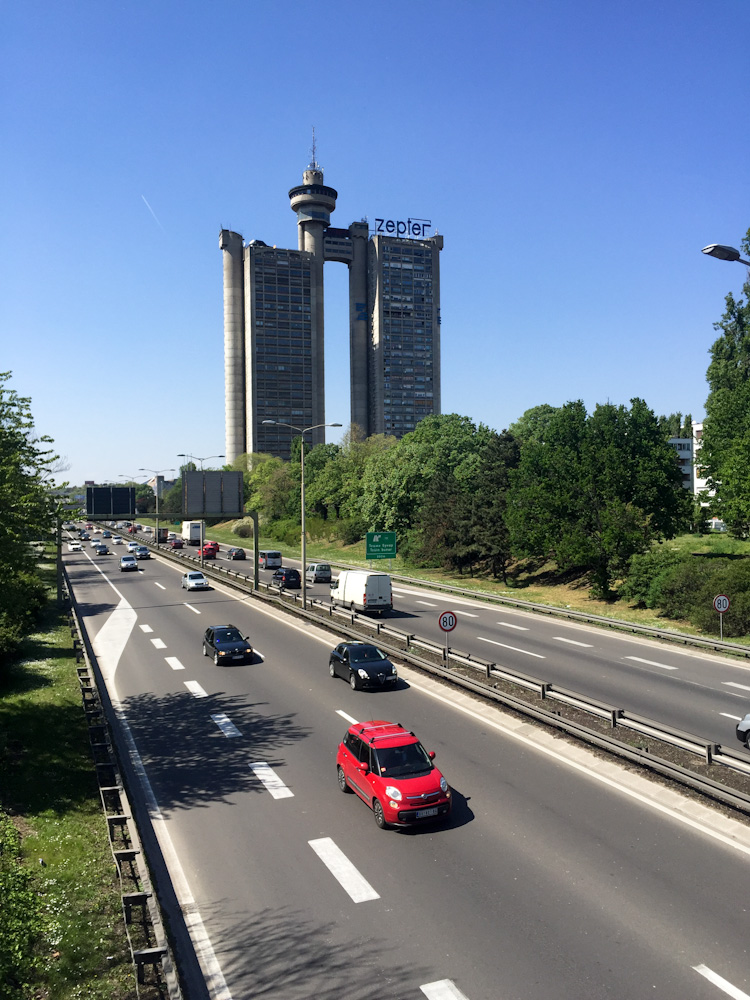 In Blok 28, the Televizorke (TV sets) building, with concrete windows  moulded in the shape of TVs, is very much like a Serbian Barbican… 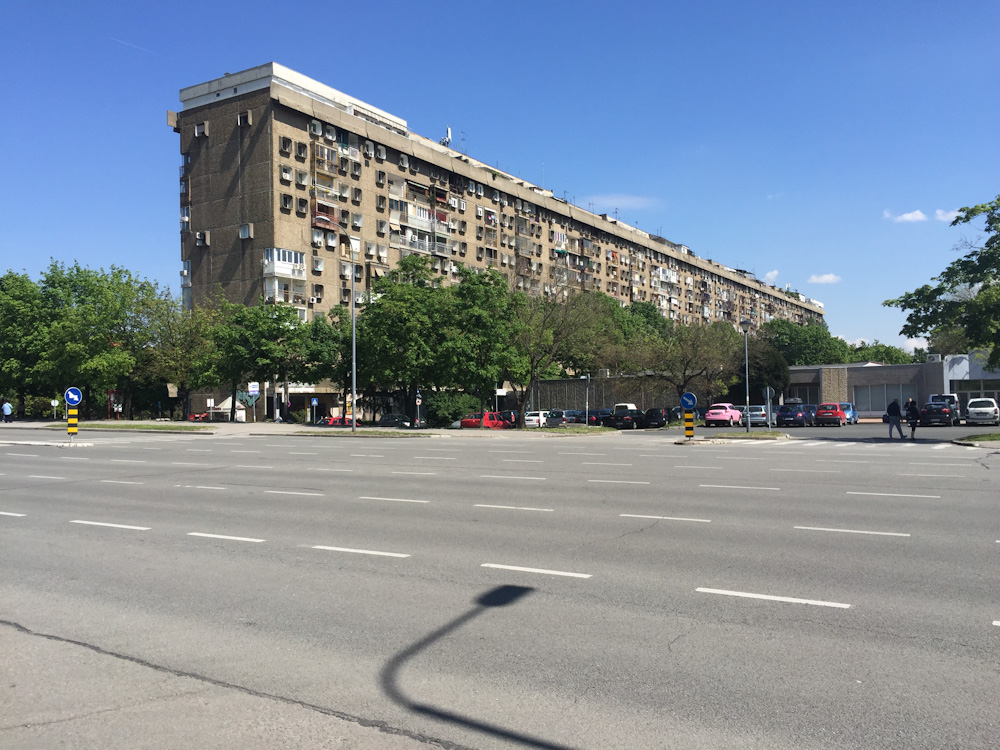 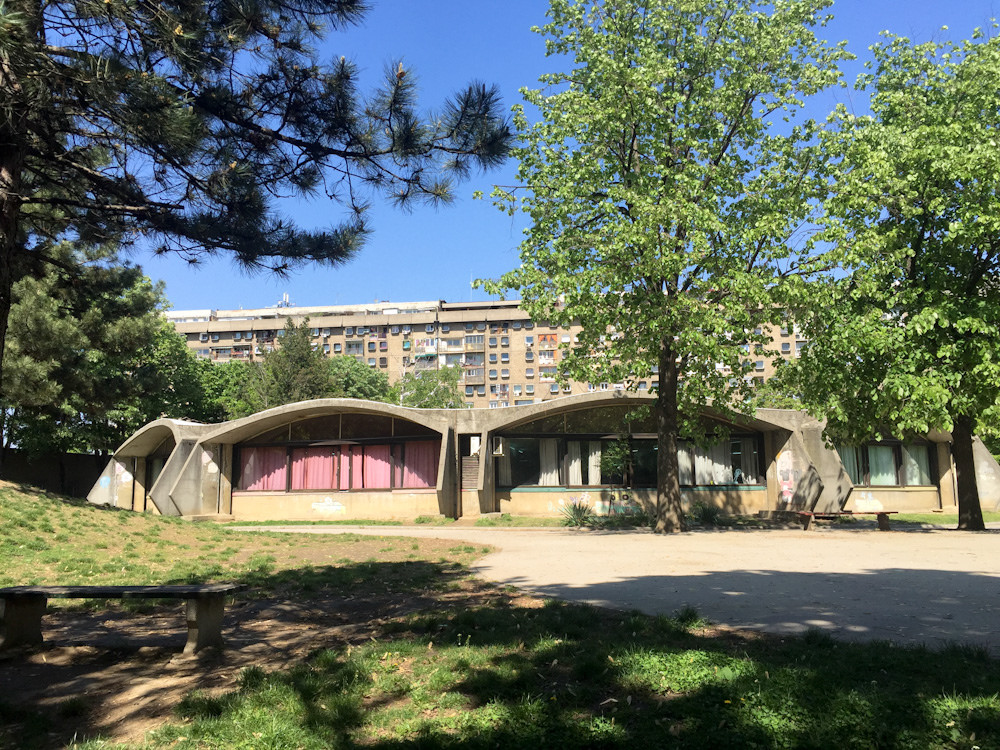 Novi Beograd is so spacious and easy on the eye – if you like blocks and rectangles and grids – after all the fancy buildings of Budapest. Despite unlit subways, empty fountains and crumbling mosaic tiles, the place is feels full of real life and there are people and small cafes and hairdressers on every block.

We sit on the crumbling graffitied unloved fountain plaza of the Genex Tower. It's a strange holiday place to soak up a rare bit of sun but needs must. A nearby young woman reads her book. Anna, a student dentist, turns out to be a resident of the Tower, and we feel like the luckiest tourists in Belgrade when she invites us in to ride up to the 30th floor for a quick look-see. The building inside is surprisingly nice and cared for and the views through the round window at the top are fine but it’s the building itself that is truly spectacular. It really is a crying shame that Belgrade appears not to care for for it. Anna agrees but “they don’t listen to the young people who have some idea about this kind of stuff”.

From Novi Beograd, we catch a bus slightly further out to Zemun, a very different, almost Mediterranean municipality of Belgrade with a distinctly holiday feel. People are feeding the swans by the Danube, eating ice creams on the promenade and dining on riverside terraces. We order gibanica – cheese pie – at one of these for just a few dinars. 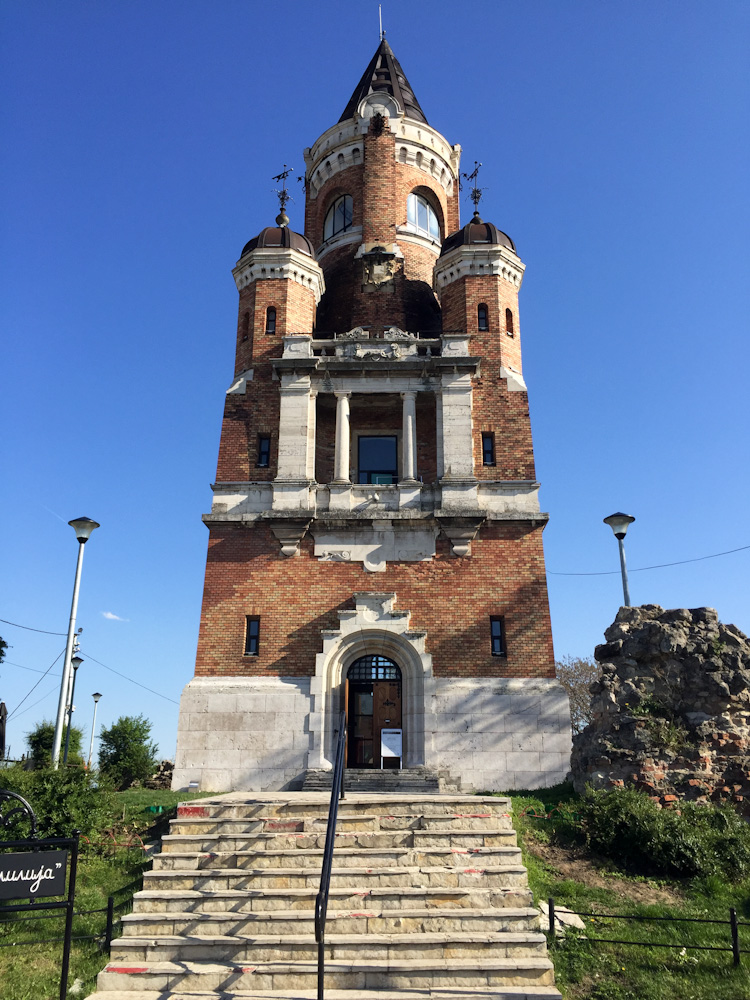 Afterward we do the must-do of Zemun and climb the Gardos tower for a panoramic view of just how big Belgrade is (Zemun is just one of its 17 municipalities). From here we spot the distinct stepped constructions of Yuri Gagarin Street in the far distance. Maybe next year.

We're leaving tomorrow, having barely touched the surface of Serbia's capital city. Tomorrow we're on the train again and it's going to be a long one.