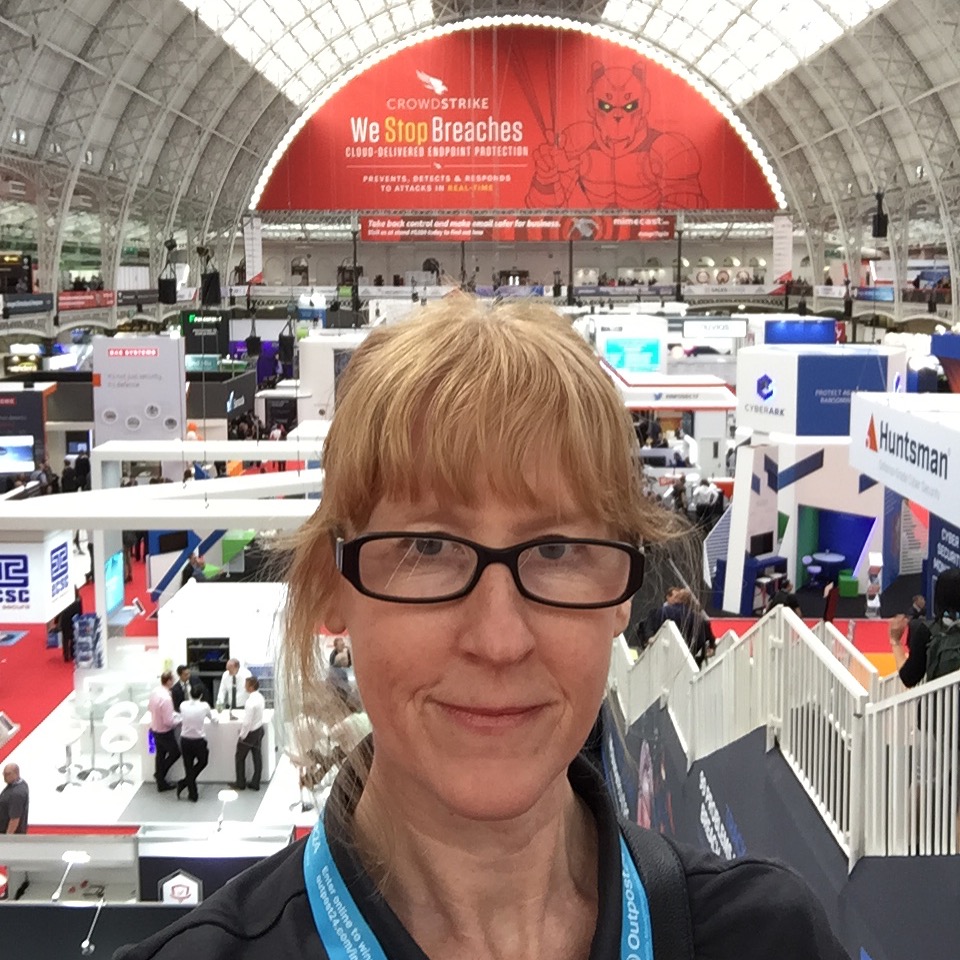 'Since Snowden' has become a bit of a catchphrase for me after his revelations in 2013 about the mass government surveillance of our data. Since Snowden I've watched Citizenfour, read The Snowden Files, completed two OU cybersecurity courses, joined ORG Birmingham, learnt how to use PGP encryption, risk-audited my personal info and started putting some basic processes in place so I am more in control of my data.

This is something I hope to starting helping other people with, so if you have a question about passwords managers or how to risk-assess your info, for example, get in touch. I'm still learning so it's basic guidance only and probably best done at a friendly local level than in any official capacity.

Last month I also attended two days of Infosec Europe, the largest event of its kind in Europe featuring a conference programme, 360+ exhibitors and around 15,000 visitors. It was very much aimed at larger organisations and since I'm at the individual and SME level, there was some disconnect.

That said it was probably one of the best conferences I've attended outside of SXSW and I came away with a lot of info and contacts – enough to know that this is going to remain a definite interest of mine for some time to come.

So I've started a Twitter list of Women in Infosec because I missed that session at #infosec17.

And collected a few conference links for reading and reference: