An open call was issued by The Holodeck printmakers in Birmingham: submit an artwork for consideration for their new Riso book and exhibition on the theme of 'Weird Science'. The exhibition was scheduled to run from 14 September to 13 October at Artefact in Stirchley.

I've never thought of myself as an artist but I had it in the back of my mind to do something with rabbits so I started playing around with some photomontaging one hot day during this summer's heatwave.

I produced around 20 'weirded' rabbits using black and white printouts of Joy, our rabbit who had died a couple of months earlier, mashed with creatures cut out from various books. In the end I submitted this simpler rabbit/volcanic island collage – and it was accepted, risoprinted and shown. My first artwork to be in an exhibition! As you can see, I looked pretty chuffed. 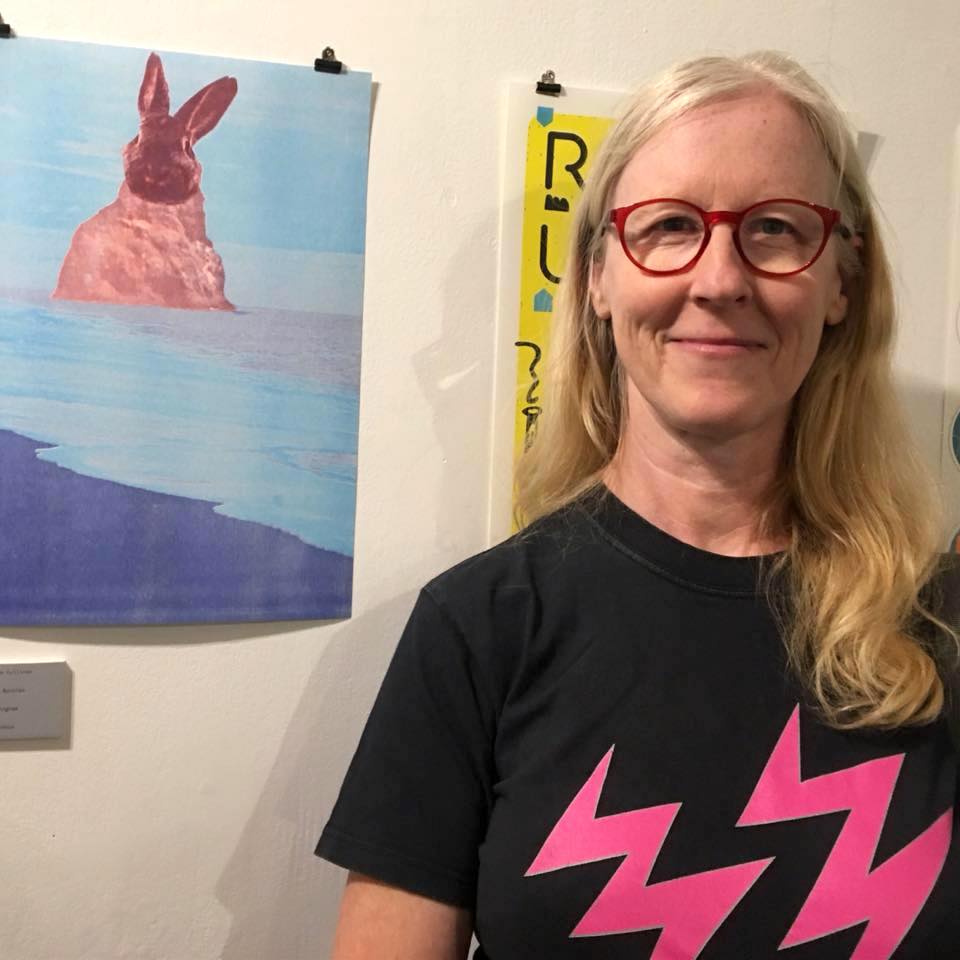 Emboldened, I decided to try for another open call, this time by the Edinburgh Collage Collective and Mark Murphy (moif_collage) on the theme of 'postcards'. Once more I spent a very pleasant afternoon putting some options together and posted them under the #cutandpost hashtag to my @editoriat Instagram. As a collage beginner, it was no surprise that I didn't make it into the final cut of 24 printed postcards but it was useful practice putting work together to a theme and a deadline.

In the end I framed one of the postcards and submitted it with another piece for the Artefact Winter Group Show. They were both accepted and were hung in pride of place by the toilet queue in the run-up to Christmas. Someone even offered to buy one of them. The Birmingham postcard still makes me laugh, though I'm tempted to collage something more into the bottom right panel. A work in progress maybe. 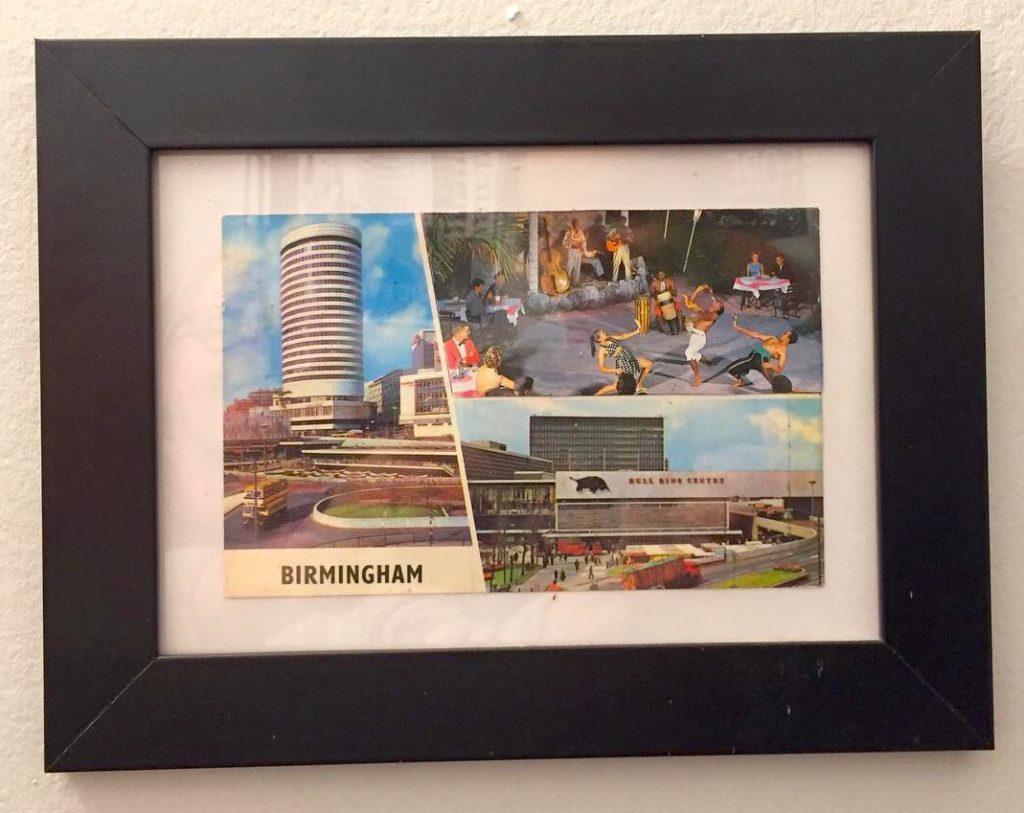 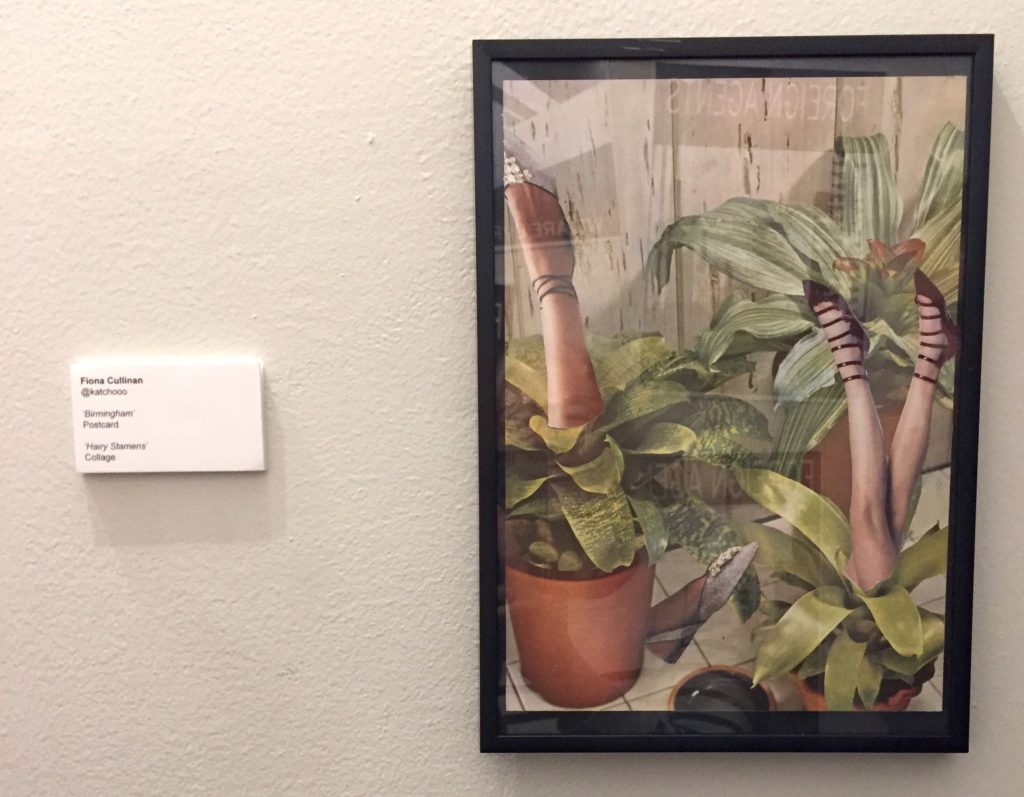 This all happened because of a) a local collage club that meets every month, b) having an ace local gallery space that is committed to its community, and c) putting my stuff out there when I could easily have left it in a folder in a cupboard at home and said 'nah, they're not good enough'. I'm glad various people encouraged me to go for it and grateful to those who accepted the work into their art spaces.

I still wouldn't say I'm an artist but I enjoy making the artwork and being a part of something bigger. And I've learnt that if in doubt, go for it.