Much of the music in my life has revolved around the ukulele this year. There have been one or two other highlights but you'll have to scroll through the Moselelovebomb to get to them.

Moselele – what is it good for? 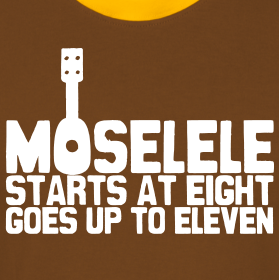 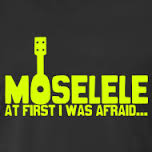 Good for free therapy
Playing in Moselele – tagline: 'The second best ukulele group in Birmingham' – has always been fun since the very first meet-up four years ago, back when everyone was too shy to sing, Bb chords were a distant dream and, under the bright lights of a Moseley coworking space, we were the gawky uke equivalent of Napolean Dynamite dancing.

How times have changed – and this year, in particular.

The regular meet-ups have become some kind of therapy for many of the attendees – I include myself in that – and twice a month we get our fix of shout-singing and rocking out to everything from Kylie to Metallica. Here we are practising recently for our Xmas singalong:

Good for your inner rock star
What started as a trickle of gig requests a couple of years ago has turned into a regular flow of performances. Here are just some of the events (with linked pix/vid) that we performed at in 2013:

Possibly the highlight gig of the year was the annual Christmas Snowselele singalong at our rehearsal pub, the Prince of Wales in Moseley. (The summer singalong was a close second for participation, though.) Here's a video compilation from the night in which the crisp enunciation of early songs degenerates into drunken en masse Slade impressions. It was bloody great.

Good for bringing drunken ideas to fruition
One disappointment was not quite managing to pull off doing the full Ziggy Stardust concept album – next year, I'm sure. But this was offset by an achievement of a different kind – one that started as a random comment down the pub and within a week had turned into this:

Good for OCD
I finished the year out by staying up til 2am the other day and making it official with my Stagg concert uke by covering it in stickers. No selling it on now. 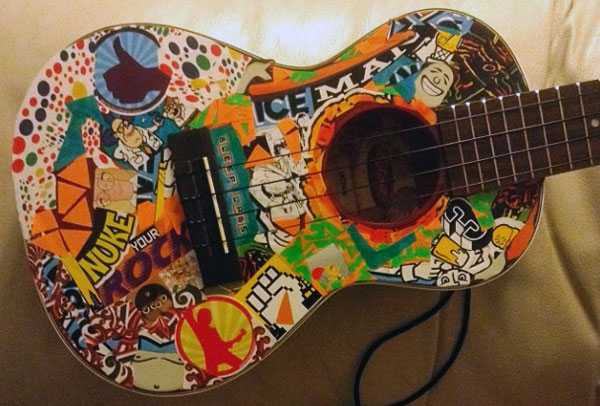 Good for… wait, is someone peeling onions?
So, Moselele – providing many laughs since 2009 with a cherry on the top in the form of  many lovely people who have gradually become friends over the years, and who, with a bit of luck, will be performing terrible tunes at our wedding next July.

Thank you to all my fellow Moselele ukenauts for a fantastic year and many good times and happy memories in 2013. And thanks especially to Daz Wright, who is  responsible for making this all happen in the first place. One last pic courtesy of ukenaut bassist Dave Thomas – me and my sis enjoying the uke craic. 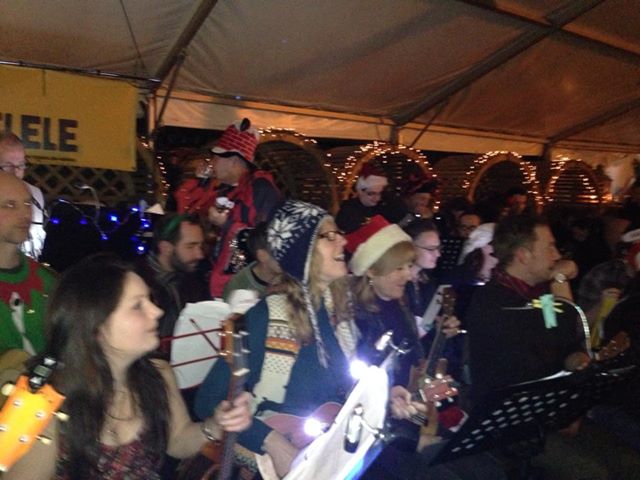 Truth be told I haven't attended many live gigs this year – I WAS ON A BREAK, OK?! I think I've actually lost my mojo for seeing bands as it all seems on rinse and repeat: the flashing lights, the making of the big noise, the back ache from standing up all night, the lack of a connection.

I did get to see The Undertones play Teenage Kicks on a passing lorry in the Colmcillie parade on my Derry/Londonderry solo weekender, which was nice/unexpected.

And Shellac was a critical coup – albeit the kind of gig that your boyfriend with impeccable muso credentials takes you to see and that you appreciate but is ultimately a bit unfulfilling since it takes your dancing feet and shoves them up into your brain instead.

It was great to see friends playing in bands – songwriters Steve Lawson and Lobelia, and Gavin in Rhino & the Ranters, both performing at the Tower of Song in Cotteridge, a nice cosy local venue (with seats). Also, Julia in Ghosts of Dead Airplanes at the Sunflower Lounge.

Probably the highlight was the first If Wet… village hall session when a chap played Mozart on a carrot: check out the Vine of this awesome happening.

But that's about it for live music. I've probably consumed the most music since September when I started working standing up (see work review) and needing some tunes to keep the back ache at bay. I call it getting in the work groove, and it has the added bonus of giving me the chance to go through and clear out my old vinyl and mix tapes at the same time.

I watched this one go viral. I was in at about 10,000 views and it's now up to 360k. And all it is is a happy girl dancing down the street in Bristol to a Pharrell/Northern Soul mashup. This is how music makes me feel. If you haven't seen it, here's Northern Soul Girl in action:

Finally, what are the big music trends for 2014? I predict the melodica. (Thanks Pete/Santa. Sorry neighbours.)